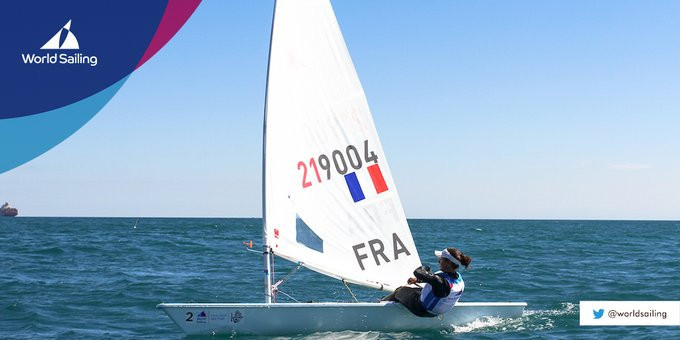 World Sailing's ruling Council ignored a recommendation from the Equipment Committee to use the RS Aero for the one-person dinghy events at the Paris 2024 Olympic Games and instead approved the laser class at its mid-year meeting in London.

RS Aero, which won sea trials held earlier this year, appeared to have moved a step closer to becoming the equipment for the discipline after the Equipment Committee proposed it for inclusion at Paris 2024.

But in a dramatic vote which could have long-term effects for both sets of equipment, the Council – which has the final say on equipment used at the Olympic Games – voted overwhelmingly in favour of the laser class.

Council members were able to vote for all four boats which were part of the re-evaluation process – RS Aero, laser, Melges 14 and D-Zero.

For the men's event, the laser received 36 votes, while just five members chose RS Aero and three opted for Melges 14 and D-Zero, while there was one abstention.

A total of 37 members voted for laser, 33 more than the RS Aero received.

The decision, which is not final and could change if 75 per cent of members vote in favour of reopening the process, comes despite a dispute within the class after the International Laser Class Association (ILCA) ended a build agreement with its largest manufacturer, LaserPerformance.

The row sparked concern that the laser, the Olympic equipment for the one-person events since Atlanta 1996, could be replaced.

The chances of those fears being realised increased when RS Aero won the sea trials and when the Equipment Committee recommended it to Council.

It now appears set to be retained as the equipment following the Council vote today, which follows months of uncertainty.

The Council narrowly approved the recommendation from the Equipment Committee to propose replacing the RS:X with different boats for the men's and women's windsurfing competitions at Paris 2024.

Council members voted 23-19 in favour of finding new equipment and the Board of Directors will have to form a new proposal to be put to the ruling body.

Recommendations to use the 470 boats for the mixed two-person dinghy and the International Kiteboarding Association Formula Kite class for the mixed kiteboarding competitions were passed by the Council with 41 and 40 votes, respectively.

World Sailing confirmed the chosen classes had until August 1 to sign the Olympic contract for Paris 2024.

"If by that time no agreement is reached, the Board will report to Council that no agreement has been concluded and Council will then have to select new equipment for the relevant event," the organisation said in a statement.

Votes cast by the Council today were kept secret after a proposal to make them open was turned down by a slim 21-20 margin.