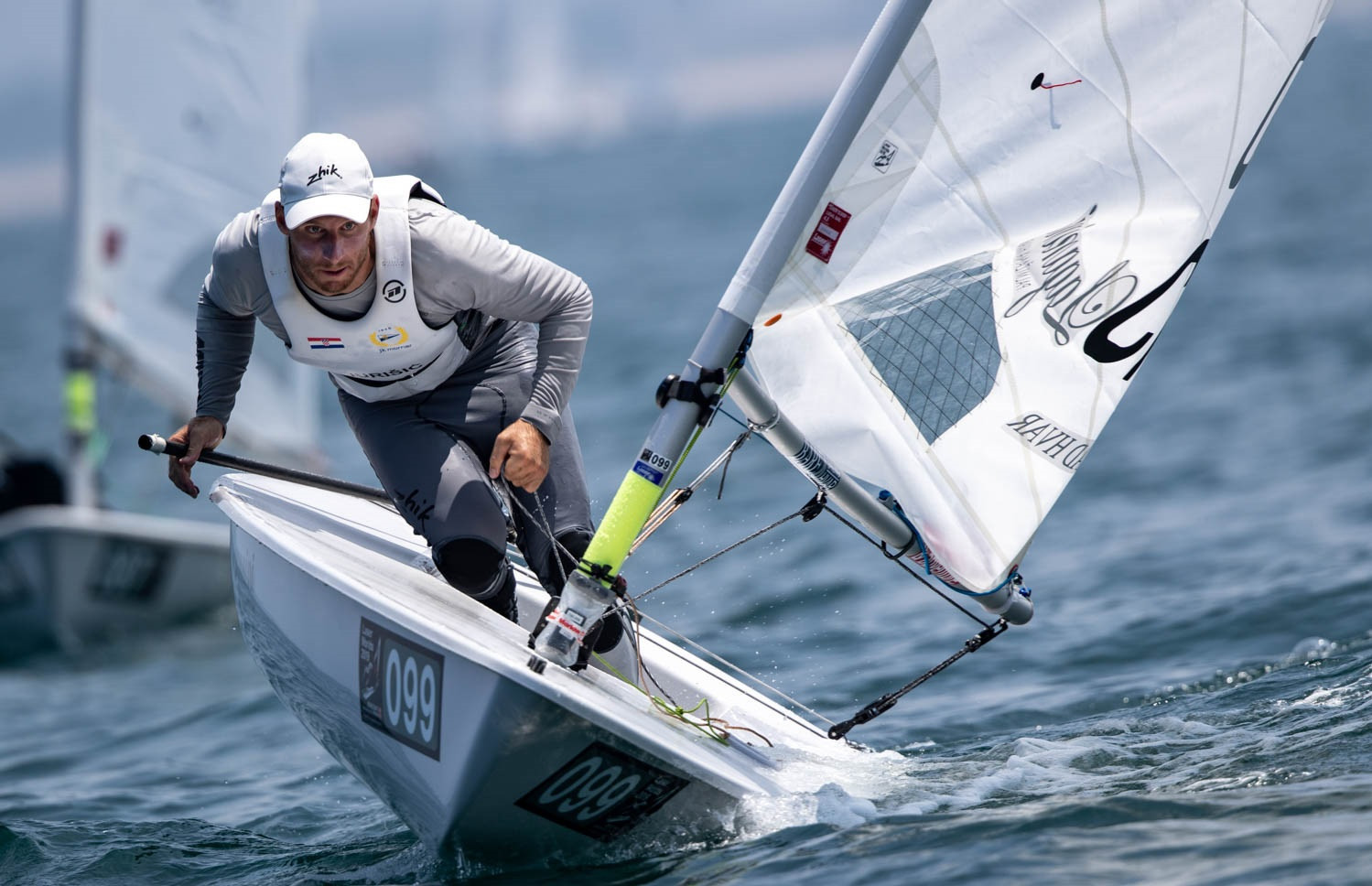 The pair both sit on four points with France’s Jean-Baptiste Bernaz third on five.

Only 10 points separate the top-10 sailors in what looks set to be a highly-competitive event in Miho Bay.

After a morning postponement on shore, the 159 sailors from 57 countries were met with sunny skies and light winds for the first two races of the regatta.

The yellow fleet’s first race got off clean in a seven-knot northeast breeze with Jurišić finding the conditions to his liking, taking first place ahead of Switzerland’s Eliot Merceron.

Norway’s Hermann Tomasgaard pulled away from the fleet and sailed to what appeared to be an easy win, while Hungary’s Benjámin Vadnai came second.

Gautrey featured in the red fleet and finished second in the first race behind Italy’s Marco Gallo, who showed good downwind speed to take the lead on the first run.

Just behind the New Zealander was Ireland’s Ewan McMahon in third.

Showing exceptional consistency, Gautrey once again found himself at the top of the fleet in the second race to take the runners-up spot behind Russia’s Sergei Komissarov.

He was followed by Sweden’s Jesper Stålheim.

Bernaz registered third and second-place finishes in the blue fleet.

Sailors will compete in the three fleets during the qualifying series to determine the gold, silver and bronze fleets later in the week.

The series is due to continue tomorrow with a further two races scheduled.

Five places at the Tokyo 2020 Olympic Games are available at the event.