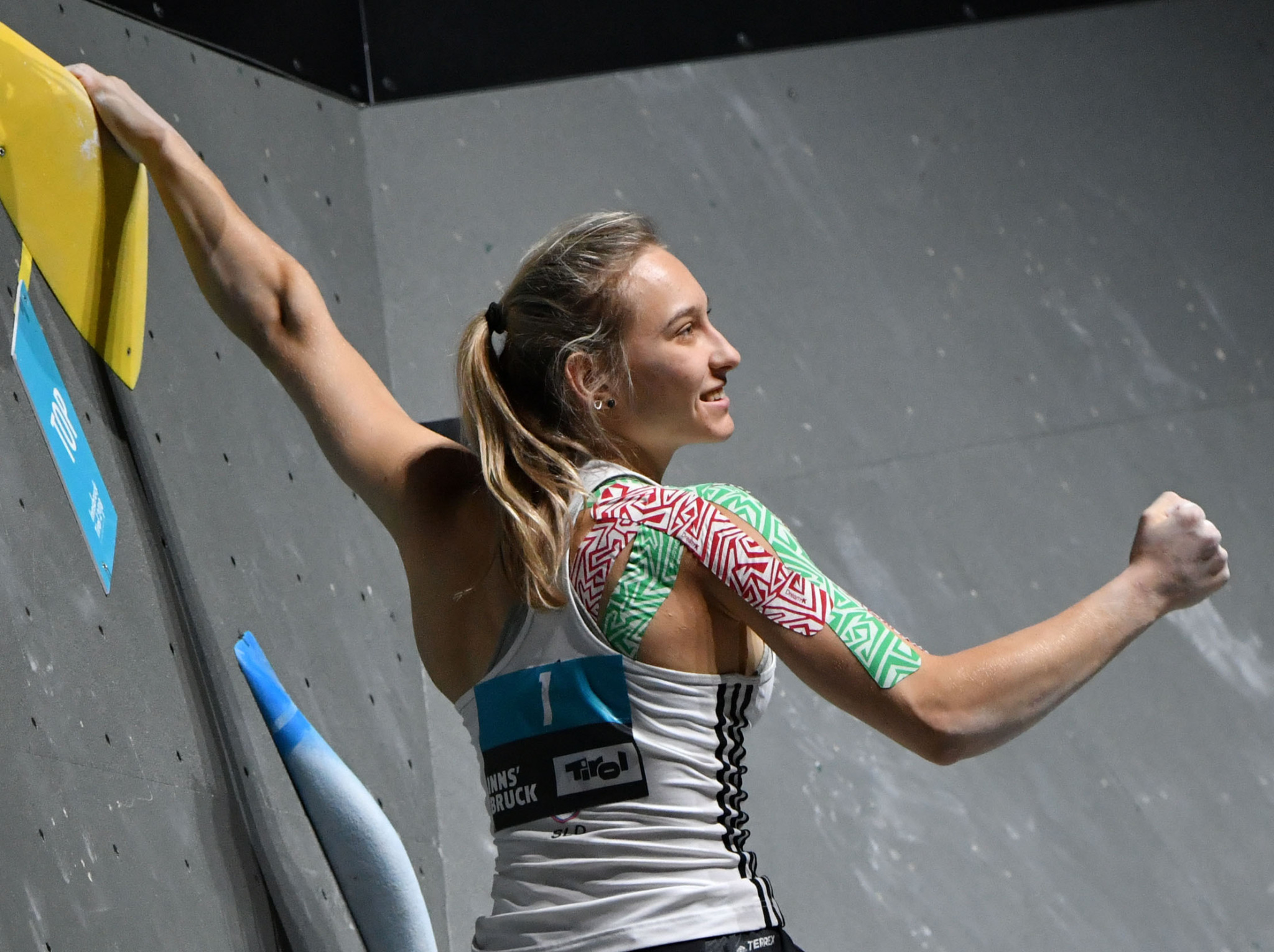 Garnbret had led yesterday's qualifying event and went on to star in the final at CSKA Athletics Hall in Moscow.

Prior to this, 20 athletes had been narrowed down to six in the semi-final.

Garnbret won with four tops and four zones, with four attempts for each.

Her nearest opponent was Britain's Shauna Coxsey, who had four tops and zones with six attempts for both.

In third was France's Fanny Gibert of France, also achieving four tops and zones with six attempts each.

Slovenia also had success in the men's bouldering final, with Jernej Kruder taking the victory.

He secured four tops with eight attempts and four zones with six attempts.

Adam Ondra of the Czech Republic was second with three tops and four zones, with five attempts and seven attempts, respectively.