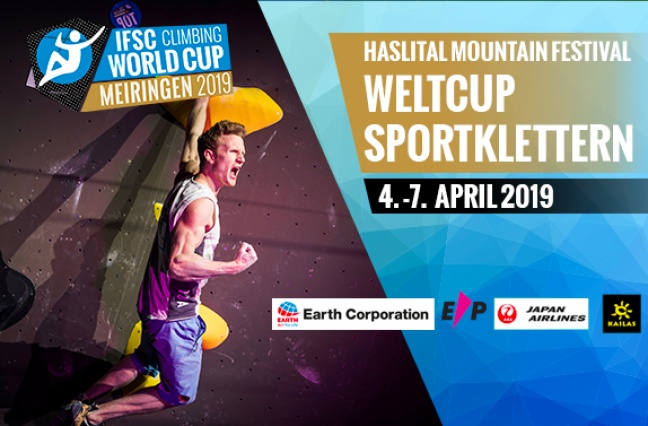 Meiringen is set to open the International Federation of Sport Climbing (IFSC) Bouldering World Cup season with two days of competition due to take place in Switzerland.

The event comes shortly after the recommendation to include the sport on the Olympic programme at Paris 2024.

It leaves climbing on course for consecutive Olympic Games appearances, with the sport set to debut at Tokyo 2020.

The governing body will hope the latest World Cup season will continue to build-up excitement as Tokyo 2020 draws closer.

Six Bouldering World Cup events are due to be held this season.

Qualification will take the focus tomorrow in Meiringen as action gets underway, before semi-finals and finals are held on Saturday (April 6).

NONAKA, GARNBRET, NOGUCHI, KRUDER, NARASAKI, RUBTSOV made the podium last year in Meiringen and they will be here again this week-end!
What about you?
Join us to the #IFSCwc Meiringen 2019 or on https://t.co/ZnDT1ysAIB to watch Semis and Finals LIVE! pic.twitter.com/DIW4IQ19Ro

Japan are expected to impress in the women’s event with Miho Nonaka hoping to secure victory in Meiringen for the second consecutive year.

Her compatriot Akiyo Noguchi won three World Cup events last year and will be in contention again, while France’s Fanny Gibert could pose a threat to the Japanese duo.

Slovenia’s Jernej Kruder won the World Cup in Meiringen on route to winning the overall title at the end of the season.

He could face competition from Japan’s Tomoa Narasaki.

Following the opening event of the season, World Cup competitions are scheduled to take place at Moscow in Russia, Chongqing and Wujiang in China,

The season will end with events at Munich in Germany and Vail in the United States.