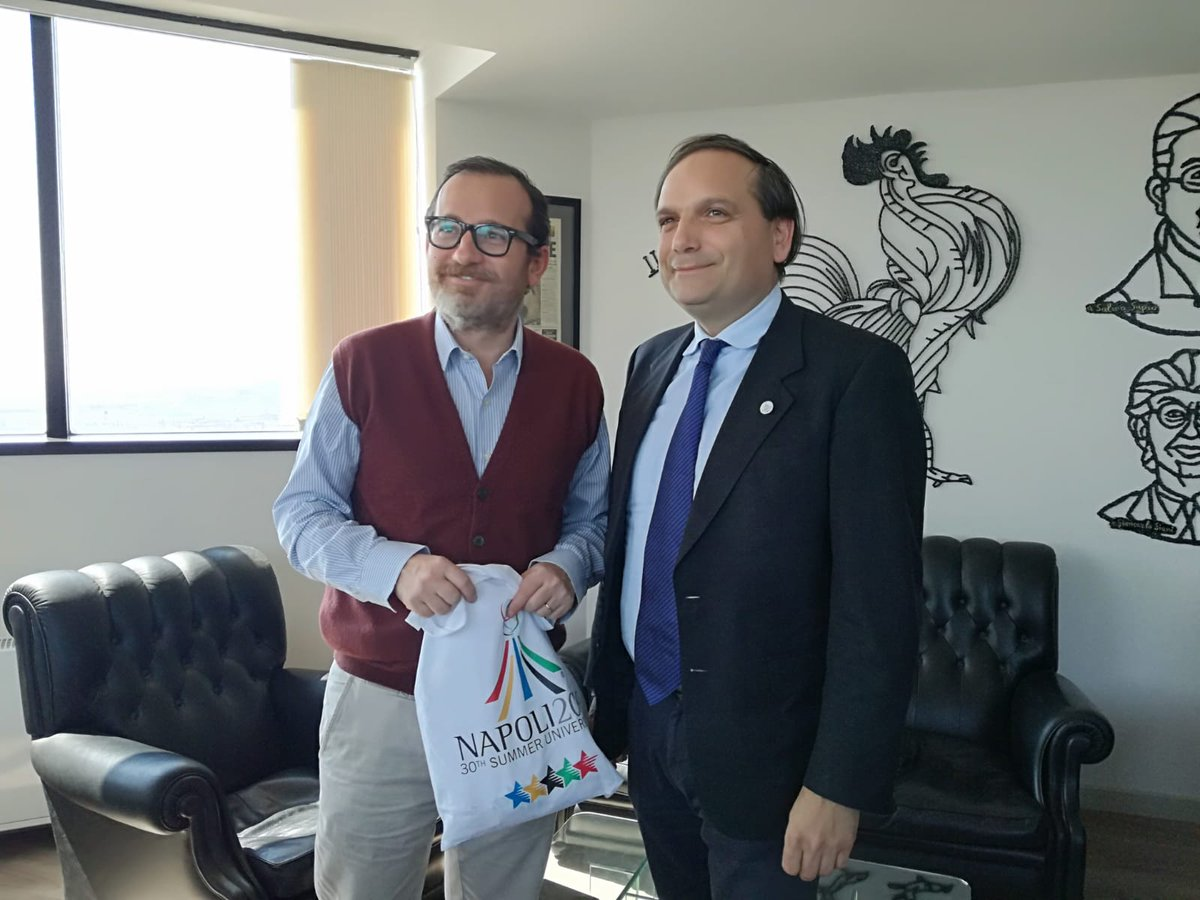 Naples 2019 have marked the 100 days to go countdown to the Summer Universiade as organisers revealed Partenope the mermaid chosen to be the event’s mascot.

The International University Sports Federation (FISU) drew attention to the lack of mascot earlier this month, viewed as a challenge for organisers in the promotion of the event.

Vincenzo De Luca, President of the Campania region, confirmed the mermaid had been chosen as the mascot.

"The Partenope Mermaid is one of the gentle, beautiful and historically significant symbols of Naples," he said, according to Italian news agency ANSA.

"It seems to me that we have taken the right path."

Parthenope was one of the sirens in Greek mythology and, according to legend, attempted to entice Odysseus.

Having failed in her attempt, Parthenope then threw herself into the sea and washed ashore on the island of Megaride.

The mermaid’s body was then claimed to have dissolved and formed the shape of Naples.

Naples 2019 have also opted for sporting legends as well as mythical ones in their efforts to promote the Universiade.

Three-time world champion fencer and Olympic gold medallist Sandro Cuomo was among those to participate in a video to promote the Universiade.

"It is a big international event that represents an opportunity to relaunch the whole territory," he said.

"I am sure that the fencing competition, will give great satisfaction."

"Naples is a special, magical place and ideal for those who want to attend an important sporting event like the Universiade but also enjoy a unique holiday among Neapolitans at the same time.

"The people here world renowned as hospitable and kind."

Naples 2019 Commissioner Gianluca Basile visited newspaper editors in the city to discuss their preparations for the Universiade on the 100-day to go mark.

Banners advertising the Universiade were unfurled at stadiums across football matches in Serie C - Italy's third tier – at the weekend.

Players wore tee-shirts advertising the student event before matches in an effort to promote Naples 2019 across Italy and not just in the host city's region of Campania.

The Universiade logo was also displayed on television coverage of the Italian national team’s opening 2020 European Championship qualifier against Finland.

Defender Armando Izzo, born in Naples, was also the subject of a video to promote the Universiade.

The Italian city was officially confirmed as the host in May 2016 following a reopened bidding process after Brasilia withdrew in January 2015.