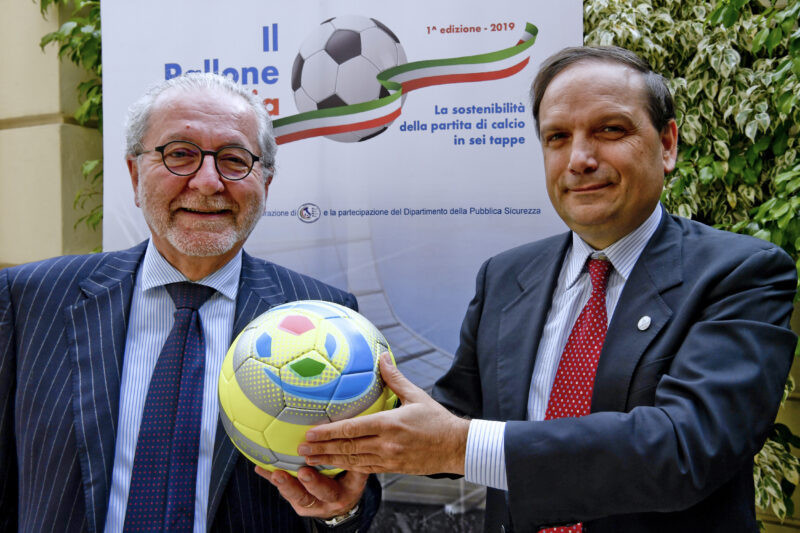 The Naples 2019 Summer Universiade will be promoted at Serie C football matches in Italy, it has been announced.

Players will wear t-shirts advertising the student event before matches on March 23 and 24, as part of the 100-days-to-go celebrations.

Banners advertising the Universiade will also be unfurled at stadiums across Serie C - Italy's third tier.

It is hoped that the initiative will help promote Naples 2019 across Italy and not just in the host city's region of Campania.

Serie C President Francesco Ghirelli said he was fully behind the Universiade promotion.

"It is important to make the Universiade known not only in Campania but also throughout the country," he said.

"This international sporting event will be so significant.

"One hundred days away from the start of the Universiade our local football teams will enter the fray with t-shirts and banners to remind the country that a great sporting event will take place in Naples and Campania.

"This event is very important for us because it brings together the game of football and university, sport and education - a winning combination to give young people a better future.

"Furthermore, thanks to the Universiade, many sports venues in Campania will be modernised for the benefit of the whole territory.

"It is a very positive aspect since most of the Italian sports facilities are very old and inadequate when compared to other countries' standards."

The Italian city was officially confirmed as the host in May 2016 following a reopened bidding process after Brasilia withdrew in January 2015.