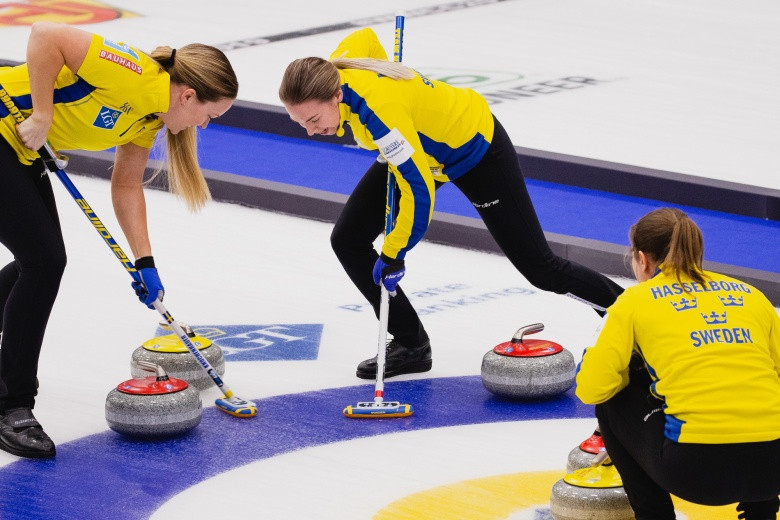 Sweden and Russia have both qualified for the play-offs after the latest day of round-robin action at the Women's World Curling Championship in Danish town Silkeborg.

The Swedes, the Olympic champions, became the first team to progress after beating Scotland 8-7 in today’s first session at the Silkeborg Sportscenter.

They then went onto defeat Germany 8-3 in the third session to move onto an overall record of nine wins and one loss.

"We are definitely going for the top two spots so you have to keep on working hard here," Swedish skip Anna Hasselborg after the Scotland game.

Russia secured their place in the play-offs with a 7-4 victory over Scotland in the third session, improving their record to eight wins and three losses.

They had earlier suffered a 9-6 defeat against Canada in the second session.

Tied for third place in the standings are South Korea and Switzerland with seven wins and three losses.

Occupying fifth place in the standings are China, who preceded their win over South Korea by losing 10-7 to the United States.

Round-robin action is due to conclude tomorrow before the semi-finals on Saturday (March 23) and medal matches on Sunday (March 24).