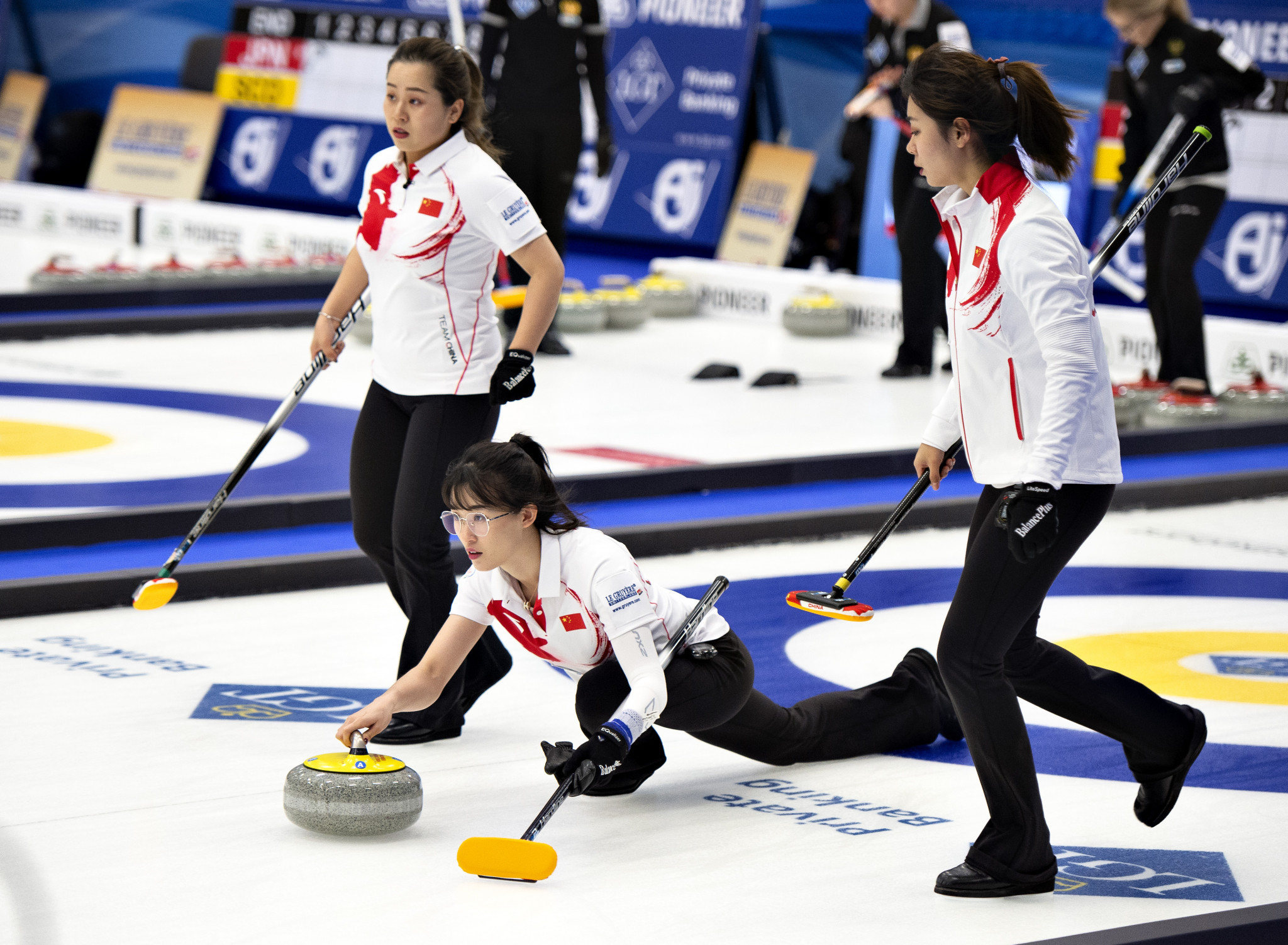 China continued their incredible start to the Women's World Curling Championships today with a further two victories in Denmark.

The country has never appeared at the event before but after three days of action at the Silkeborg Sportscenter their team sit top of the standings with five wins from five games.

Skipped by Jie Mei, they won their fourth match in a row this morning by beating Latvia 6-5 and then easily saw off the hosts 8-4.

Reigning Olympic champions Sweden sit second in the standings having beaten South Korea 8-4 in the afternoon session which also means the Koreans, who like China are making their debut at the Championships, drop to third.

That was both Sweden and South Korea's only match of the day, while various other teams played twice.

Canada run Finland out of stones in the last in to take the win! #WWCC2019 #curling pic.twitter.com/QrGCrWk9ud

One of those teams was Canada, the defending world champions, although they continued their mixed start, losing to Japan 7-5 in their first match of the day.

Skipped by Chelsea Carey they averted what was threatening to become a disastrous start to the event by edging past Finland 7-6 in the evening session.

It means that after five matches they have three wins and sit tied for fifth in the round robin standings with Japan and Scotland.

Another team to have had a poor start are hosts Denmark.

As well as losing to China today they were also beaten comfortably by Switzerland 9-3, meaning they are still yet to win.

After three days they sit bottom of the standings in 13th place, with five successive losses.

Round robin action will continue tomorrow.