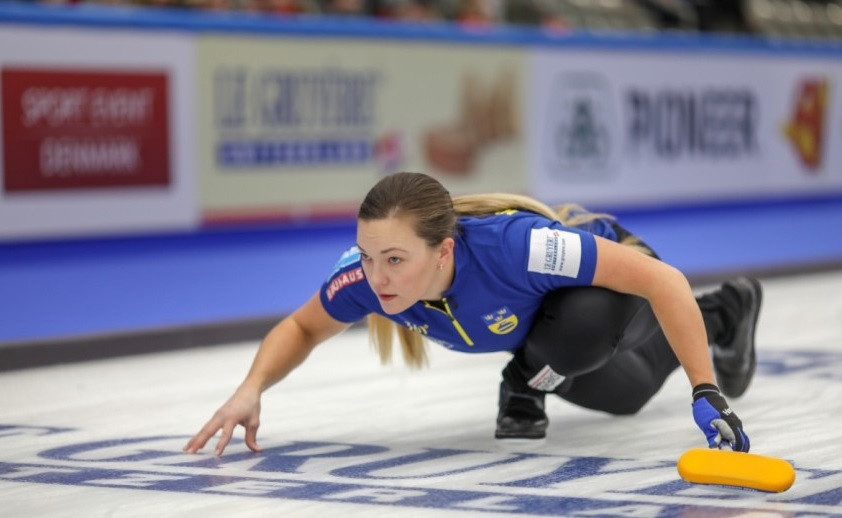 Sweden recorded two victories to move clear at the top of the standings at the Women's World Curling Championships in the Danish town of Silkeborg.

The Olympic champions, skipped by Anna Hasselborg, beat Russia 9-4 in the morning session at the Silkeborg Sportscenter.

The Swedish rink then edged the United States 9-7 in the evening to move onto an seven win and one loss record from their opening eight matches.

Russia are the next best side with seven victories from their nine games so far.

The Russian team recovered from the defeat to Sweden with a 7-4 triumph over German in the evening session.

China were tied in first place with Russia going into today's action but suffered two defeats to slip to fourth on the overall leaderboard.

The Chinese team were beaten 8-7 by Canada in the morning before they were on the wrong side of an 9-8 scoreline in their encounter with Switzerland.

South Korea are third after they endured a mixed fifth day of competition.

They overcame Germany 9-5 but lost their second match of the day 8-3 to Finland.

It is due to conclude on Friday (March 22) before the semi-finals on Saturday (March 23) and medal matches on Sunday (March 24).