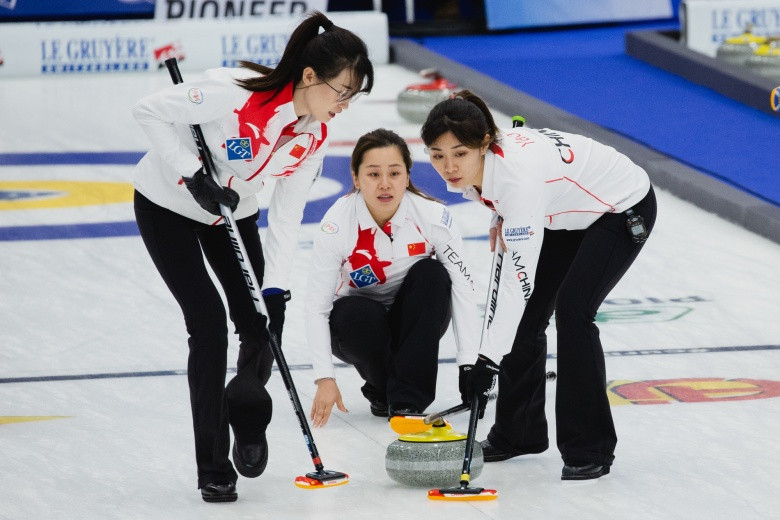 New teams from China and South Korea are making a huge early impact at the World Women’s Curling Championships in Denmark.

Skipped by Jie Mei, and making its first appearance at this level, the China team resumed this morning with a 10-2 round robin win over Finland in the opening session  and followed up in the afternoon with a 10-7 win over Scotland.

But keeping pace with China is another new unit, from South Korea, and astutely skipped by Kim Minji.

After upsetting defending champions Canada 7-6 on the opening day, they beat Russia 7-6 and then finished with a tactically astute 9-5 win over the United States to match China’s 3-0 record.

Sweden, meanwhile, have made a good recovery from their opening reverse.

They followed up last night’s 8-5 win over Latvia with victory over Switzerland by the same score, and concluded with a 7-3 win over the hosts.

Speaking after the first win of the day, Swedish skip Anna Hasselborg commented: "Against the Swiss you really have to play your best and we took advantage of our hammer and that was a strong game.

"The key here is regardless of winning or losing, it’s a matter of one game at a time, all the time, so I think not to look at the round-robin and just keep going."

The Canadian team skipped by Chelsea Carey - defending the title won last year under the direction of Jennifer Jones - also recovered equilibrium after their opening defeat by South Korea on day one.

They beat Germany 8-5 in the morning session, and earned another victory in the evening with a tense 8-7 win over Latvia, who had a chance to score two with the hammer on the final shot of the 10th end but only scored one, failing to force the match into an extra end.