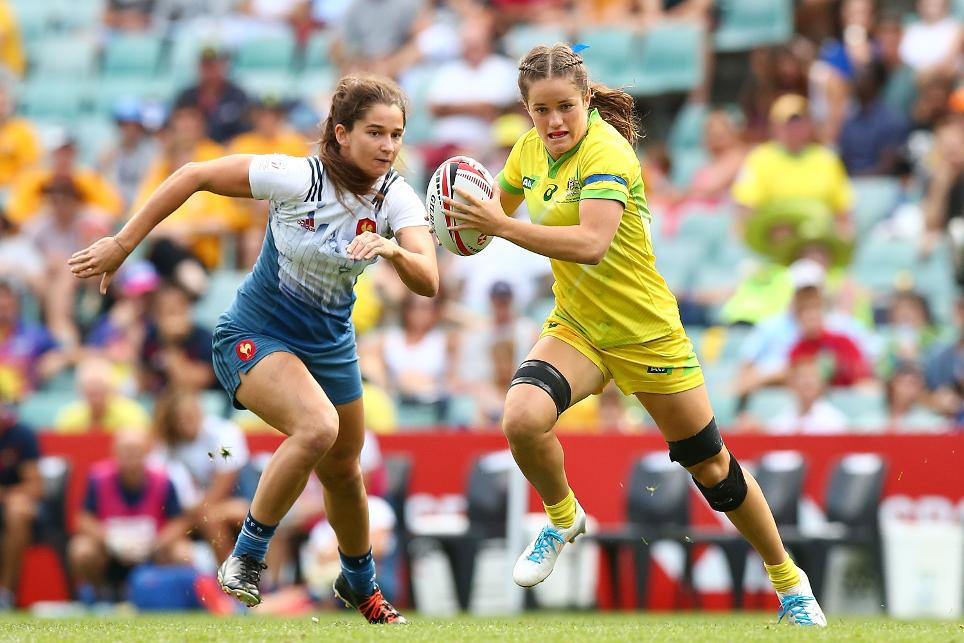 Australia's men's and women's rugby sevens teams will try to retain their Sydney World Series titles in front of a home crowd this weekend.

Both sides won in Sydney last year and will look to repeat the feat at the Spotless Stadium over the next four days.

The women's team, the Olympic champions, will be challenged by New Zealand, who won the two previous World Series tournaments in Glendale and the United States.

With Australia fourth in the overall standings, they will also face strong opposition from Canada and the United States who are in second and third place respectively.

"We have been counting down the days to the Sydney Sevens as it is our home tournament," said Australia's captain, Sharni Williams.

"We have trained well and are ready to hit the ground running.

"Last year the crowd was awesome and we expect a lot of support this year which is a big help, especially when the going gets tough.

"It's that one per cent that can make the difference."

Australia are in Pool C alongside the US, China and Spain, while New Zealand will compete in Pool A against England, France and Papua New Guinea.

Canada, Russia, Ireland and Fiji will participate in Pool B.

The pool fixtures will take place tomorrow, with the quarter-finals on February 2 and semis and final on February 3.

The men's competition will get underway with the pool games on February 2, with Australia again looking to retain their title.

Challenging them will be Olympic champions Fiji, who have won the last two tournaments in Cape Town and Hamilton, and New Zealand who won the season opener in Dubai.

The US will also be aiming to end their streak of finishing as runners-up, having done so at the past three events.

Australia will be competing against South Africa, Argentina and Tonga in Pool D, with Fiji up against Samoa, England and Japan in Pool A.

New Zealand are in Pool C alongside Scotland, Spain and Wales, while Pool B is made up of the US, Canada, Kenya and France.

Following the conclusion of the pool matches, the quarter-finals, semis and final will take place.