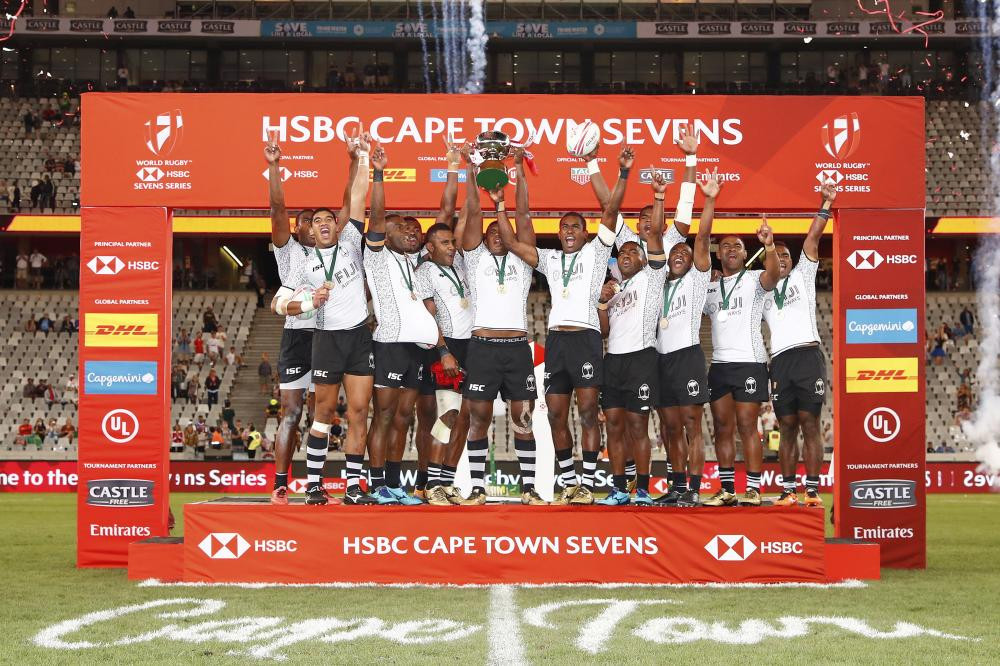 Fiji beat the United States 29-15 in the final of the HSBC World Rugby Seven Series in Cape Town to secure their first title win in South Africa since 2009.

But finishing runner-up was enough to enable the US team to take overall lead in the World Series, one point ahead of New Zealand, the defending champions in Cape Town, whom they beat 31-12 in the semi-finals.

Fiji and England are respectively third and fourth.

Fiji’s captain Kalione Nasoko opened the scoring in the Cape Town Stadium with a solo run before his side was gifted two more tries from Vilimoni Botitu and Sevuloni Mocenacagi.

Botitu, winner of the Player of the Final award, then score again before Ben Pinkelman pulled two tries back for the US.

But the Olympic champions settled the issue with further tries from Nasoko, although Carlin Isles did score a brilliant late try for the US.

CHAMPIONS! @fijirugby win the #CapeTown7s, their first win in South Africa since 2005

Fiji’s head coach Gareth Baber commented: "It’s been a longtime coming for the Fijians to win in Cape Town.

"Fiji fans are everywhere in the world, wherever we travel, and we say a big thank you to all those who make a big effort to come and support us.

"We’ve had some battles, most notably South Africa in the semi-finals, but all credit to the players and staff – they’ve manned up.”

Fiji came past the hosts 17-12 in that semi-final meeting.

South Africa went on to win the bronze medal match against New Zealand 10-5.

England secured fifth place with a 14-7 win over Spain.

The next stop in the World Rugby Sevens Series is due to Hamilton in New Zealand on January 26 and 27.