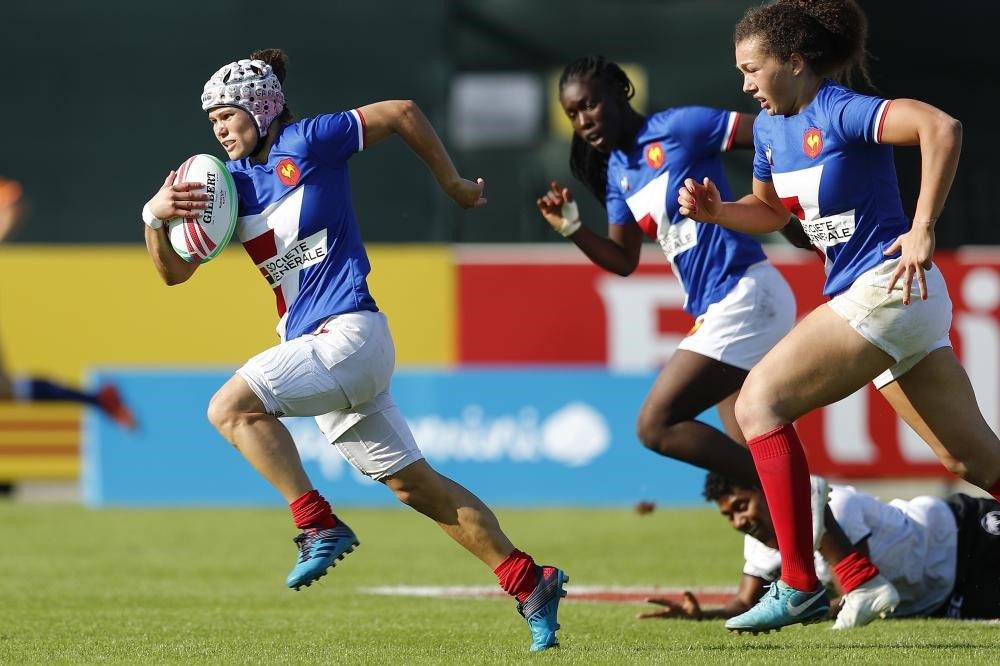 Biarritz has been announced as the location for the final round of this season's World Rugby Women's Sevens Series.

The announcement was made by World Rugby and the French Rugby Federation (FFR), who confirmed the event would move from Paris.

Billed as a "strategic move" the event will now take place at the Parc des Sports Aguiléra, home of Biarritz Olympique.

It is claimed this will enable the FFR to maximise the visibility, attendance and impact of hosting the final round of the record-breaking series at a time when women's rugby in France is on a high.

Their women's 15s team also secured a maiden win over New Zealand, while Jessy Trémoulière was awarded the World Rugby Women's Player of the Year prize in Monaco last month.

The final round of the World Rugby Women's Sevens Series will determine the first four qualifiers for the Tokyo 2020 Olympic Games.

"Like our friends at the FFR, we are committed to providing the world's top rugby players with the best-possible stage in which to showcase their talent," said Bill Beaumont, World Rugby chairman.

"With Tokyo 2020 Olympic Games qualification on the line, providing both the men's and women's series finales with a stand-alone tournament reflects our ambition to maximise global viewership and engagement impact.

"With the HSBC World Rugby Women's Sevens Series going from strength to strength, reaching and converting new fans around the world, hosting the final round in this popular rugby venue provides a real opportunity for a very special series finale in an iconic rugby city."

Competition will take place in Biarritz from June 15 to 16 June.

FFR President Bernard Laporte claimed Biarritz was the perfect location for the final event of the series to take place.

"The Aguilera Stadium in Biarritz will host the final event of this particularly important season of the women's sevens as it will crown the winners of the Series 2018-2019 but also determine the top four teams which will qualify for the Tokyo 2020 Olympics and be officially announced after this final leg," he said.

"Stade Aguilera, an iconic rugby venue in France, is a perfect match for this great international event.

"I know that many fans will come to encourage these women's rugby teams and that the entertainment will be on the field as in the stands."

The top four teams from both the men's and women's World Rugby Sevens Series will gain automatic qualification to the Tokyo 2020 Olympic Games.

The men's final round round will take place at Stade Jean Bouin on June 1 and 2.