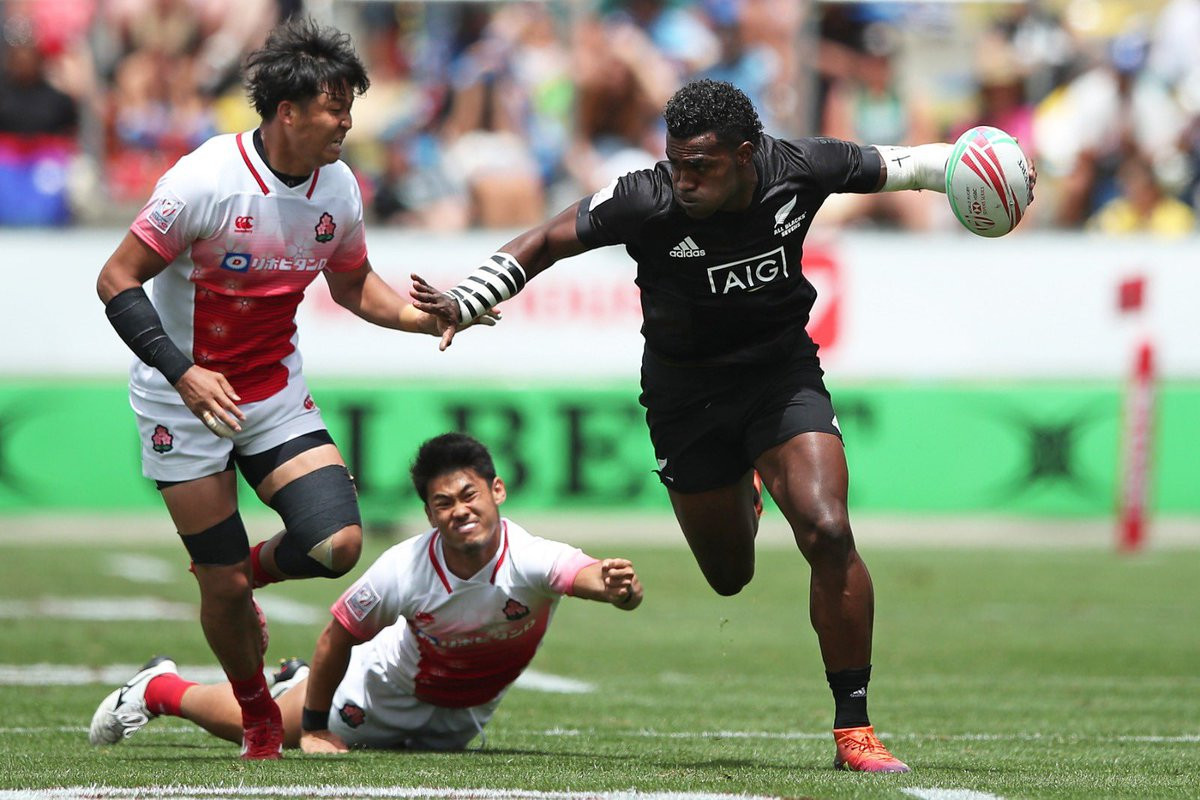 Hosts New Zealand went unbeaten and scored the most points on the first day of the HSBC World Rugby Sevens Series in Hamilton.

After winning all three of their games at the FMG Stadium Waikato in Hamilton, New Zealand ended the day having scored 125 points and 19 tries, the highest at the tournament.

Competing in Pool D, New Zealand thrashed Japan 52-0 and Canada 49-10, before beating Spain 24-0 to set up a quarter-final tie against Australia.

Fiji defeated Wales 54-7, Argentina 33-24 and Australia 26-19 in Pool A and are now scheduled to meet Canada tomorrow.

The US, who have finished as runners-up at the last two series events, were victorious against Tonga 29-7, Samoa 34-14 and England 19-7.

They progress from Pool B to face Scotland, but without injured star Perry Baker.

"If we keep on supporting each other and have each other’s backs then we can go far in this tournament," said South Africa's Branco Du Preez.

"We didn’t have a solid start to kickoff so we just have to focus on the small things that we want to do and take more control of the game.

"We can take it from there."

Tomorrow is due to be the concluding day of the event.