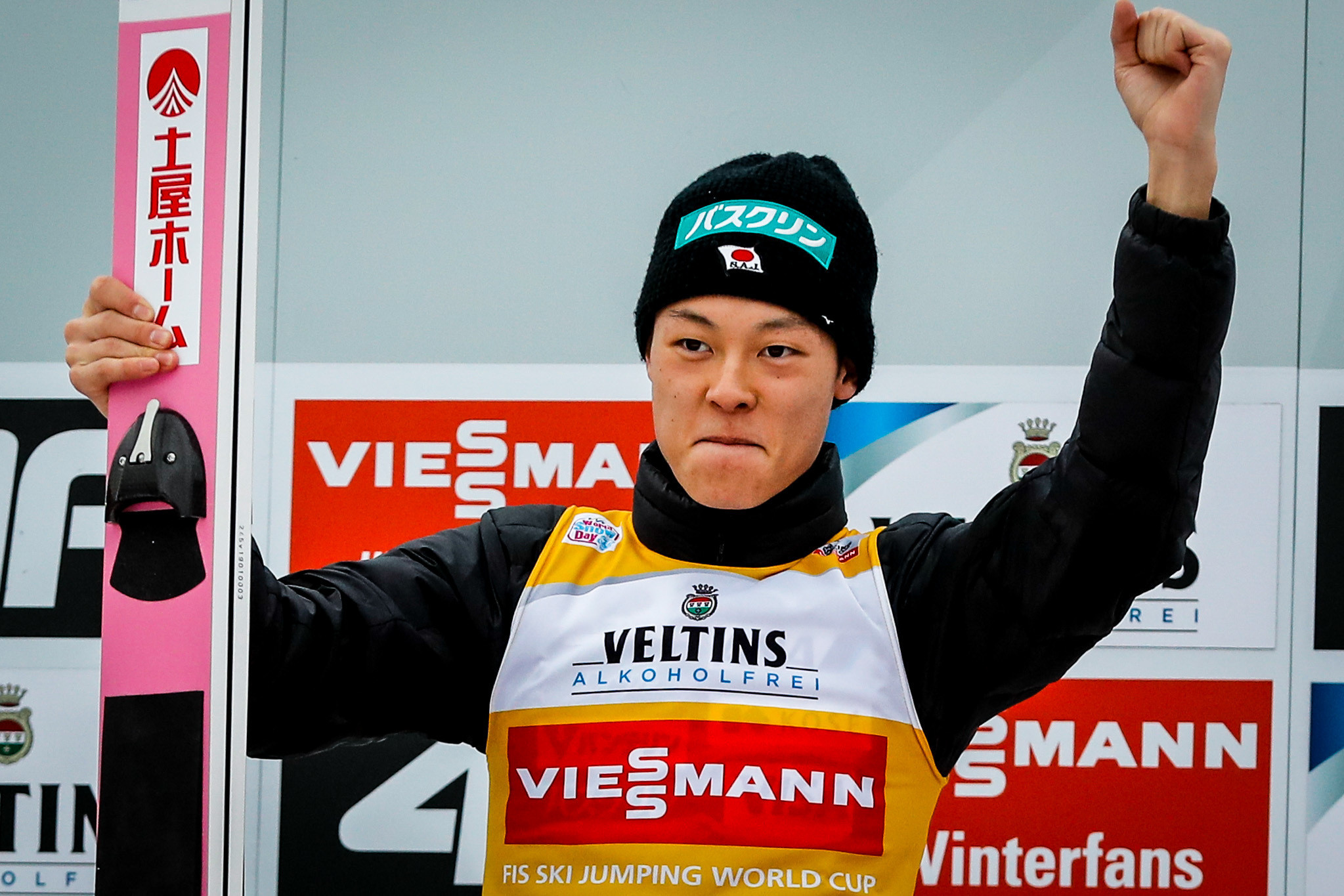 The 22-year-old Japanese jumper has already won both German events on the Four Hills circuit so far in Oberstdorf and Garmisch-Partenkirchen, meaning he enters Austria as the favourite for the title.

He currently leads the overall standings on 549 points, two ahead of Germany's Markus Eisenbichler, who has finished second twice.

Such has been Kobayashi's dominance this season, he also comfortably leads the overall World Cup standings on 756 points.

That places him 247 points ahead of Poland's Piotr Zyla, having topped the podium six times already this season.

At the moment Kobayashi is on track to become only the third ski jumper of all time to win all four stages of the Four Hills Tournament.

Poland's triple Olympic champion Kamil Stoch became the second man to achieve the feat last year, when he won all four events to defend his title.

As things stand however, 31-year-old Stoch, the defending overall World Cup champion, sits down in sixth place overall, having finished eighth in Oberstdorf and sixth in Garmisch-Partenkirchen.

Tomorrow will feature qualifying action in Innsbruck, before the World Cup event goes ahead on Friday (January 4).

The tournament will then end with action in Bischofshofen on January 5 and 6.