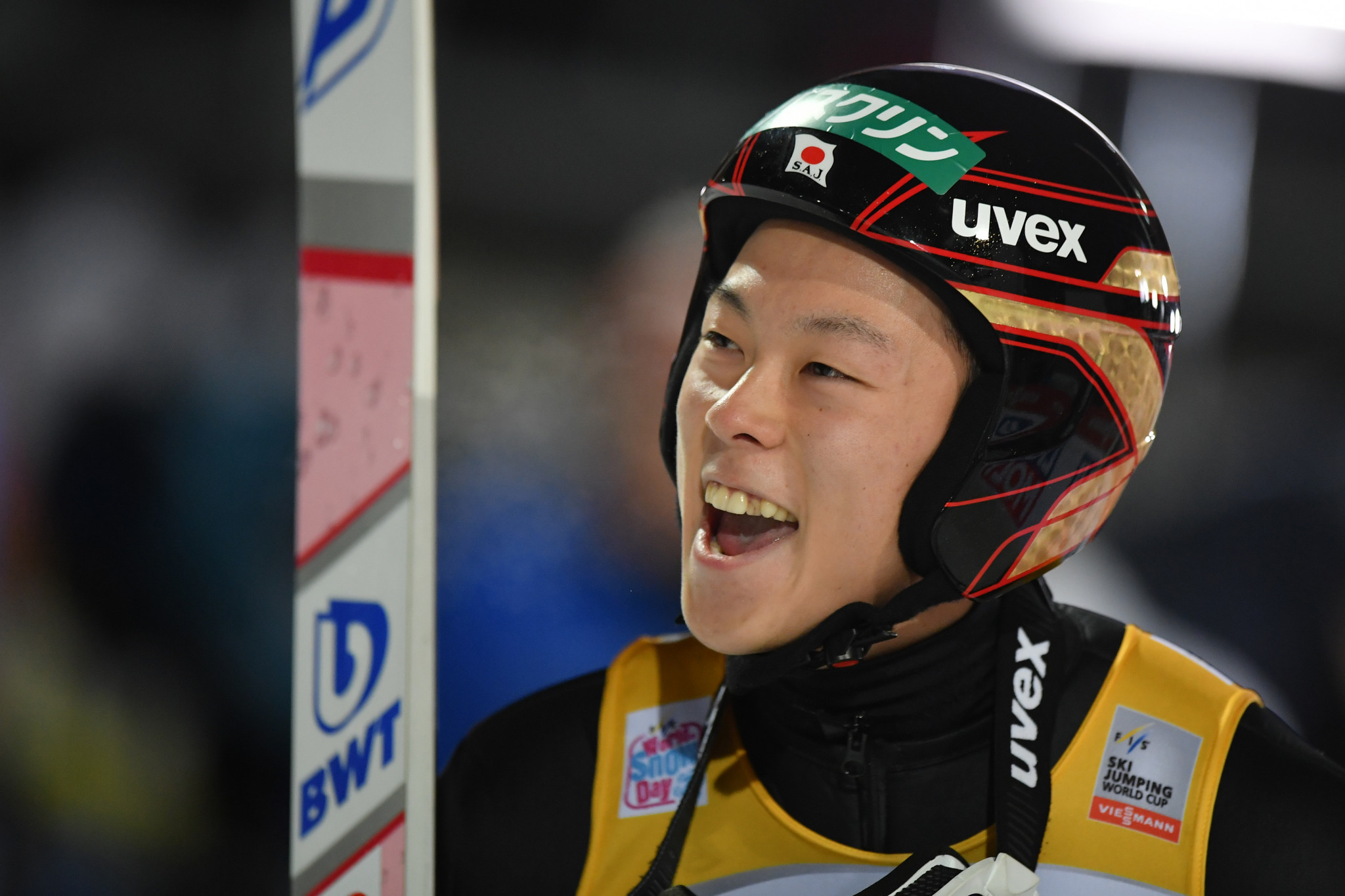 It was Kobayashi's fifth World Cup win this season, with the 22-year-old achieving a total score of 282.3 points.

Germany's Markus Eisenbichler finished second with 281.9 points, while Austria's Stefan Kraft was in third with 280.5.

Kobayashi's victory means he has extended his lead in the overall rankings and is now on 656 points.

Despite finish sixth and eighth today, the Polish duo of Piotr Zyla and Kamil Stoch are still second and third in the standings with 485 and 397 points respectively.

Today's event was the first in the annual Four Hills Tournament consisting of four back to back World Cup events in Germany and Austria.

The next competition is due to be on Tuesday (January 1) in Garmisch Partenkirchen in Germany.