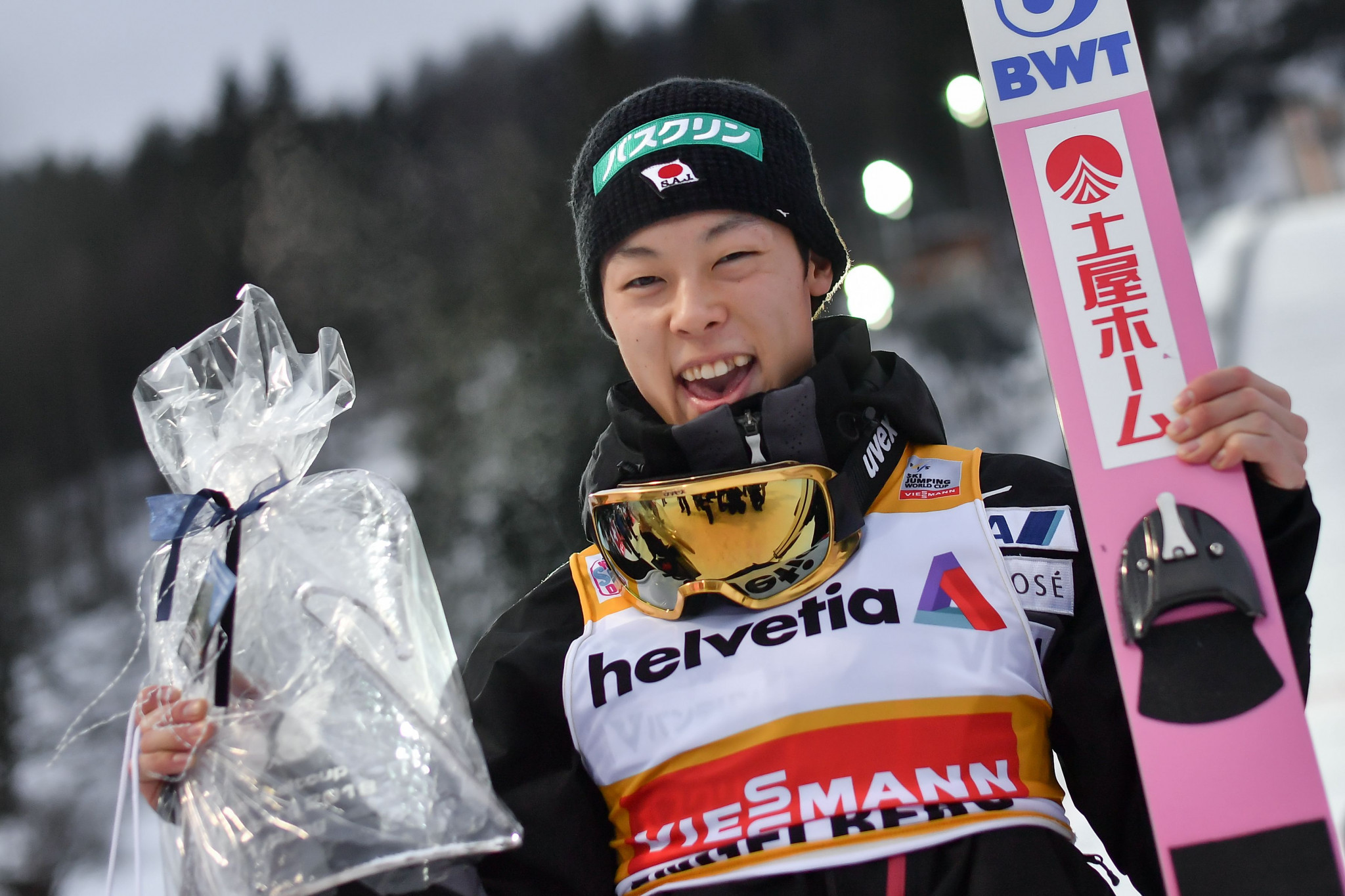 Ryoyu Kobayashi underlined his claim to being the world’s best ski jumper at the moment with a towering victory at the International Ski Federation (FIS) Ski Jumping World Cup in the Swiss resort of Engelberg.

Meanwhile, Germany’s Olympic silver medallist Katharina Althaus was making her own claims by winning a second successive gold medal in the women’s FIS Ski Jumping World Cup being held in Premanon in France.

A day after the 22-year-old Japanese had his worst result this winter with seventh place, Kobayashi returned to defeat two mighty Polish rivals - Piotr Zyla and Olympic champion Kamil Stoch - with a venue record jump of 144 metres.

Kobayashi is now the favorite for the Four Hills Tournament due to start in Oberstdorf on December 29.

"Today it was a bit more difficult than yesterday regarding the inrun-track," Kobayashi said.

"But, on the other hand, I had good conditions in the first round.

Despite his 144m effort in the first round, Kobayashi said: "I didn't think my lead after the first round was that big with Piotr and Kamil the two athletes behind me, who would close the gap if I make just a small mistake."

Kobayashi, whose idols are Stoch, Noriaki Kasai, and Gregor Schlierenzauer, added: "Actually, I'm surprised by my performances this winter, but it has been my goal for years to show such consistent performances.

"I don't feel the pressure of being the favourite for the Four Hills Tournament.

"I only focus on my jumps and now I will relax in Japan for a couple of days."

Stoch and Zyla are consistently jumping on a high level and will be ready to take advantage if the Japanese athlete should falter at the Four Hills.

"My first jump today was really good, but I'm not that satisfied with the second one because I made a stupid mistake right before the take-off," Stoch said.

"But, of course, I'm satisfied that it was still enough to be on the podium.

"It's always nice to jump here in Engelberg, I like the hill, even if it's not easy to jump here.

"It's great that Ryoyu says I'm one of his idols, but I don't see myself in this position.

"I'm pretty relaxed when it comes to the Four Hills Tournament.

"The younger athletes have more pressure there than me."

Zyla commented: "I don't think about how to beat Ryoyu. He is jumping on an extremely high level, but I only focus on my jumps and not on those of the others."

Karl Geiger of Germany, who celebrated his first FIS Ski Jumping World Cup win yesterday, finished just one place off the podium and will have gained much self-confidence before his upcoming home event.

In the overall World Cup standings, Kobayashi leads with 556 points from Zyla, who has 445, and Stoch, who has 365.

Althaus was unbeatable again, although in neither rounds did she post the longest jump.

"My first jump was a little bit late, but the second one was much better.

"It feels so much better when everything comes together for the competition.

"I've enjoyed the weekend here, there was a good atmosphere, and I really like the hill."

Lundby managed to return to the World Cup podium after being only ninth yesterday.

"This was a nice competition," she said.

"I've improved since the last competition.

"I still have to do some work on my technique, though.

"I need to keep pushing harder, and the results will come."

Takanashi, who was only fifth after the first round, moved up to the poium with her second round effort of 80m.

"These weren't my best jumps," she said.

"I look forward to the next competition. I will work hard to improve my results."

The seven best athletes of the first round jumped from one gate lower than the rest of the field in the final.

Slovenian Ema Klinec recorded another good result with jumps of 83m and 79m to finish fourth with 233.2 points) in fourth.

Fifth place went to Austria’s Daniela Iraschko-Stolz, who posted the longest jump in the first round, 86m.

Lundby is second with 278 points and Russia’s Lidiia Iakovleva third with 262.

The next women’s ski-jumping World Cup competition is due to take place in the Japanese resort of Sapporo on January 12 and 13.