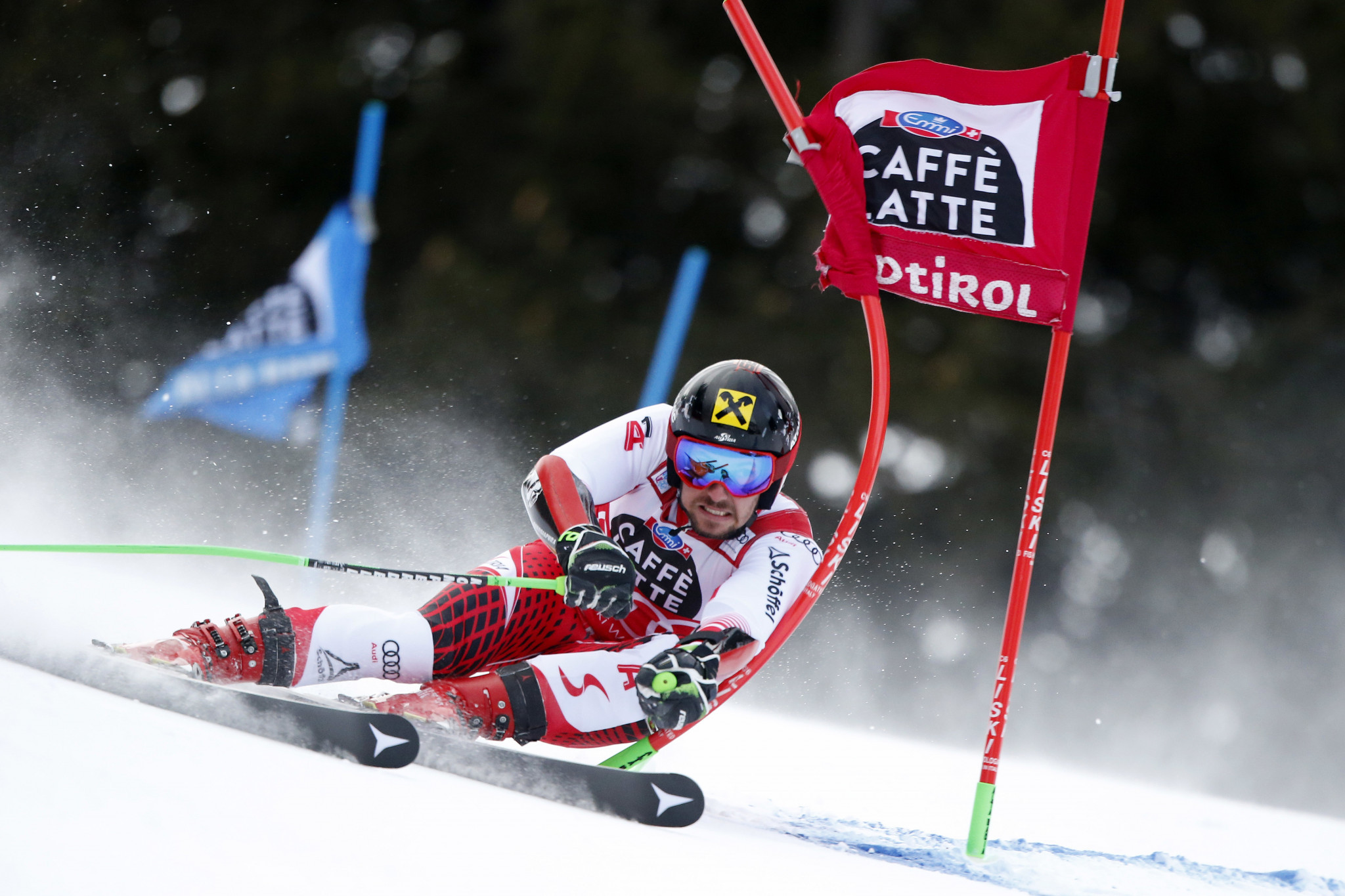 The 29-year-old double Olympic and six-times world champion destroyed the rest of the field as he finished a full 2.53 seconds clear in a total time of 2min 32.29sec.

France’s Thomas Fanara, who finished the first run in 12th place, rose to second place overall in his first podium finish since 2016.

His team-mate Alexis Pinturault earned his first podium finish of the season, taking in third place 2.69 seconds back.

Hirscher had already built up a healthy lead after the first run, having finished ahead of Sweden’s Matts Olsson by a 0.94 seconds margin.

Third place in the first run went to the Swiss surprise package, Marco Odermatt, who ultimately attacked the second run a little too hard and did not finish.

Olsson had a disappointing second run and ended in sixth place.

Despite Hirscher’s massive victory margin, his second run was surprisingly only the second fastest on the day.

Italy's nLuca de Alipradini, who finished a distant 28th place in the first run, had the run of his life in the second run, topping Hirsher’s time by 0.24 seconds and rising to seventh in the final standings.

Tomorrow promises to be more of a test for Hirscher as the parallel giant slalom is set to take centre stage.

Despite his dominance in the giant slalom in Alta Badia, the Gran Risa parallel course has not been as kind to the Austrian as he has managed just one podium finish - third place last year - in the three previous editions of this relatively new event.

The parallel giant slalom is due to be staged tomorrow under the lights, with a start time of 18:15 CET.

Meanwhile, there has been encouraging news about Switzerland’s Marc Gisin, who was airlifted off the slopes at Val Gardena yesterday after a horrific fall during the FIS World Cup downhill race and then flown back to hospital in his home country.

Swiss-Ski said in a statement this afternoon:

"The examinations conducted Saturday evening and Sunday morning at the cantonal hospital in Lucerne showed that the general condition of Marc Gisin stabilized.

"He can communicate directly with the doctors and his relatives, but he is still incubated."

Swiss-Ski reports that the Oberwaldian skier fractured several ribs on his right side and  also suffered lung injuries.

But the National Federation contradicted reports that he had broken his pelvis.

Two examinations performed in the cranial region have revealed no serious injuries.

Finally, according to Swiss-Ski, Gisin’s back was not too badly impacted by the fall, "except for some minor fractures of the spine".

Gisin will remain under surveillance at the Intensive Care Unit of the Lucerne Cantonal Hospital.