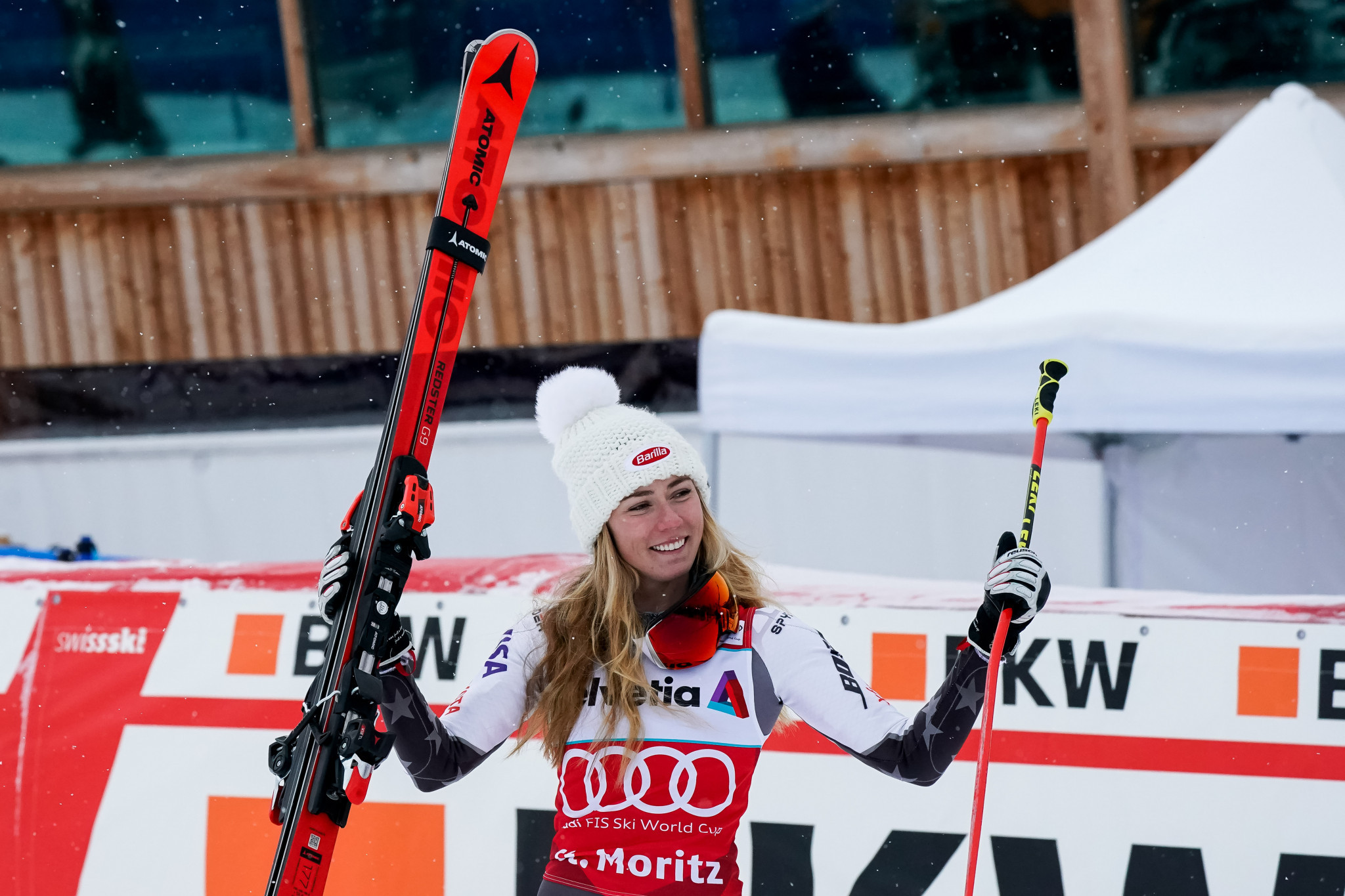 The defending World Cup champion and double Olympic champion, winner of the super-G yesterday, claimed victory in the parallel slalom against Slovakia’s Petra Vlhová by crossing the line 0.11 seconds ahead despite clipping a gate halfway through her final run.

It marks the American star’s 48th career victory on the World Cup circuit and moves her closer to Switzerland’s Vreni Schneider, who is third on the all-time list with 55 wins.

The 23-year-old set the tone early on by posting the fastest run in qualifying by 0.48 seconds before beating Canada’s Laurence St German in the first round.

Shiffrin then went on to beat Norway’s Mina Holtman and Nina Haver-Loeseth, plus another Canadian Erin Mielzynski on her way to the final.

Vlhová, meanwhile, earned her spot in the final by beating Switzerland’s Wendy Holdener by just two hundredths of a second in the semi-final.

Shiffrin’s victory means she now has twice as many points as her nearest challenger in the World Cup standings, having won five of the eight events she has entered so far this year.

Elsewhere, a men’s slalom event was supposed to go ahead in the French resort of Val d’Isere but was cancelled due to strong winds.

In a statement the FIS revealed the conditions meant they could not operate the chairlift to take the skiers to the top of the course, meaning holding the event was "impossible".

The circuit is now move to Italy, with the next events for both men and women set to take place in Val Gardena and Gröden for super-G and downhill contests.

The men are due to compete in Val Gardena on Friday and Saturday (December 14 and 15) with the women in action at Gröden on December 18 and 19.