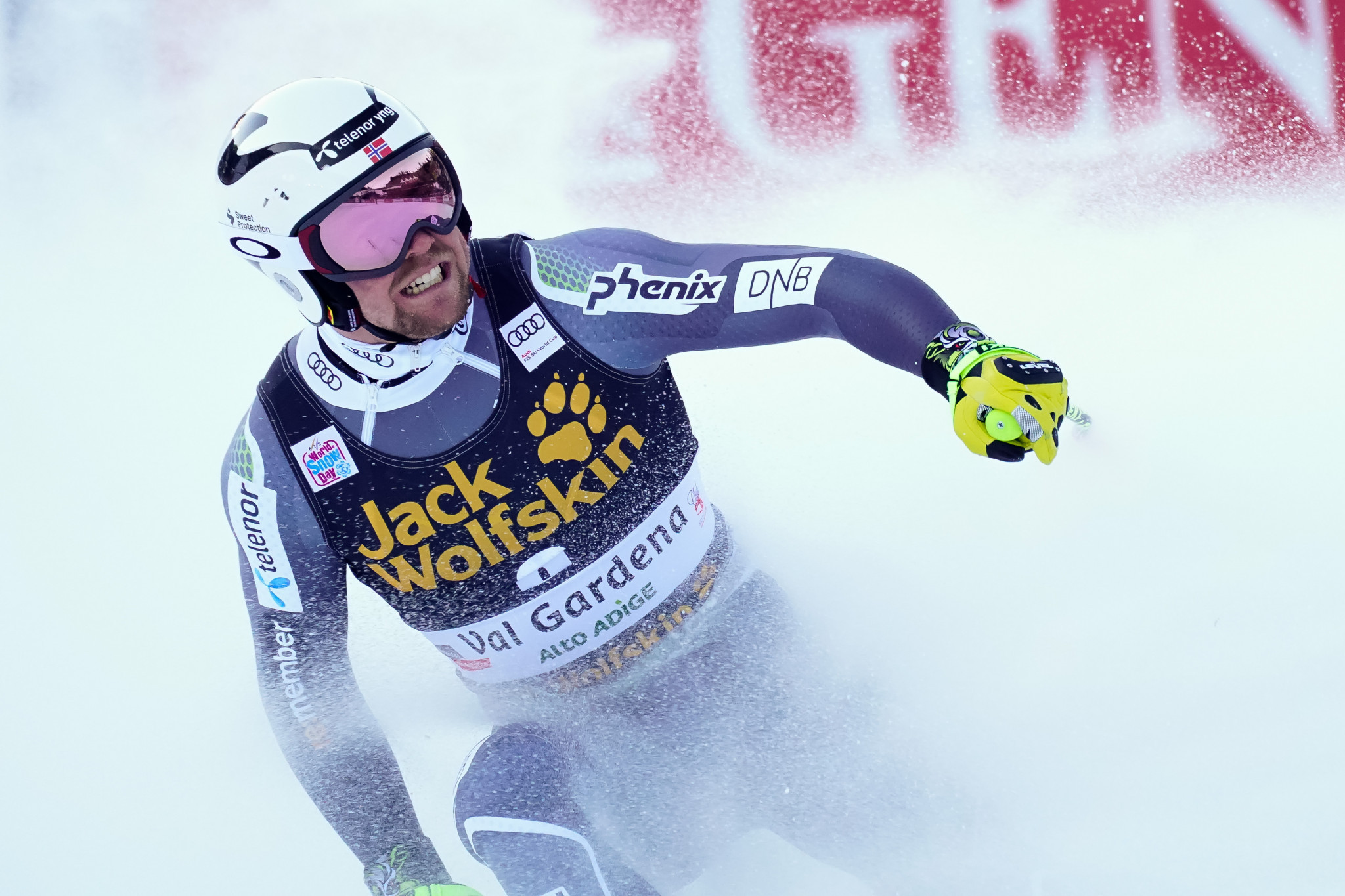 Norway's Aleksander Aamodt Kilde picked up his third career victory in the downhill at the International Ski Federation (FIS) Alpine World Cup in Val Gardena on a day marred by a serious fall by Switzerland's Marc Gisin.

An FIS statement read: "Marc Gisin had a hard crash during the downhill in Val Gardena.

"He caught an edge and fell right before the camel humps and was projected in the air before hitting the course with force.

"Gisin was airlifted from the course and transported to the hospital in Bozen.

"His condition is stable enough to be flown back to Switzerland tonight by Rega (the Swiss Air Rescue Service) and undergo further examinations there.

"Swiss Ski appreciates all the well wishes and asks that the privacy of Marc and his family is respected until further information is known."

It also emerged today that Olympic slalom bronze medallist Katharina Gallhuber of Austria sustained an injury to her right knee in a fall while training in Semmering yesterday.

An MRI conducted in Innsbruck revealed a torn ACL and meniscus in her right knee that will end the 21-year-old's 2018-2019 season.

Wearing bib five, Kilde laid down a run at the Italian resort that no other racer could match, clocking 1min 56.13.

Finishing in second place was Austrian Max Franz, 0.86sec behind, while Beat Feuz of Switzerland finished in third place, 0.92 seconds off the winning time.

Norway's Aksel Lund Svindal, who won yesterday's super-G, came down as the next racer following the crash and after the long delay finished a respectable seventh place.

Norway has dominated the Saslong race weekend in recent years with seven victories in the last 10 races dating back to 2014, picking up a total of 15 podiums during that time, including this weekend's victories in the downhill and super-G.

Also noteworthy was the strong performance of the American team, which earned fourth, fifth and sixth place thanks to the trio of Bryce Bennett, Steve Nyman and Travis Ganong.

The Americans had been strong in training all week and while they missed the podium, it was the strongest US speed team performance of the season.

The FIS World Cup tour continues as the technical racers take to the slopes in nearby Alta Badia for a giant slalom and a parallel event tomorrow and Monday (December 17).