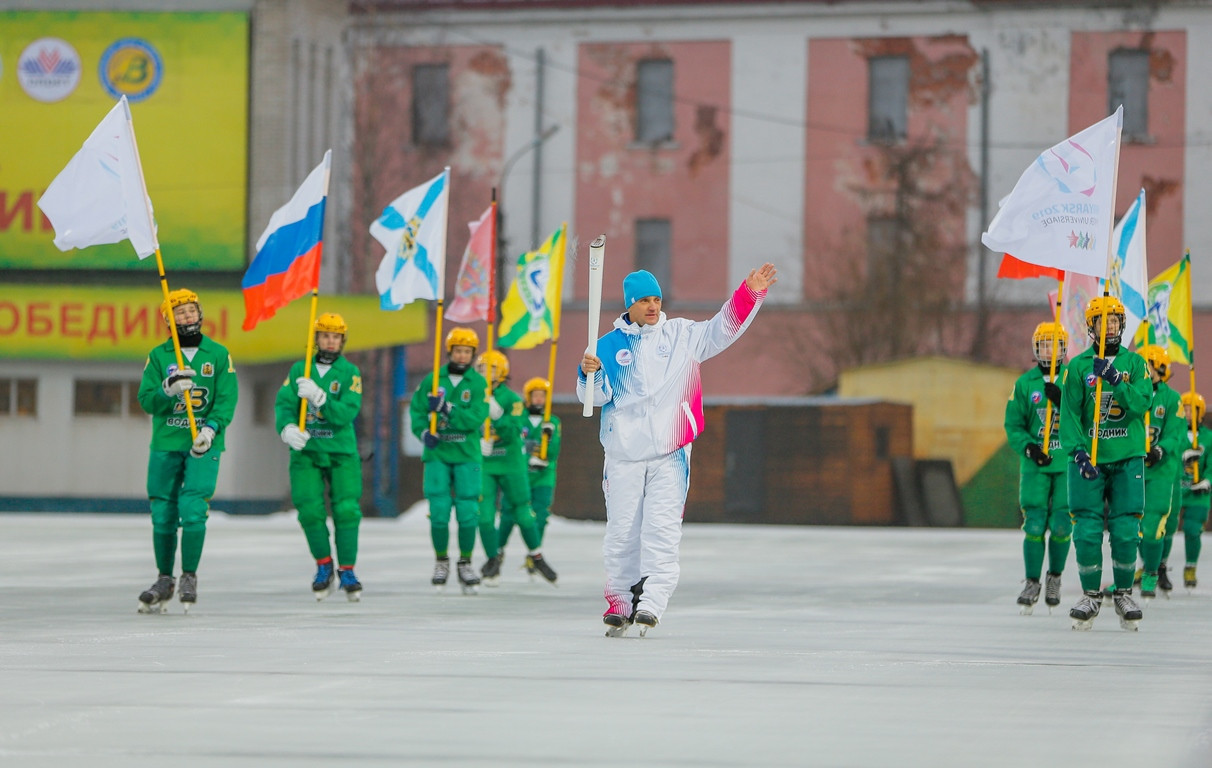 Arkhangelsk in the north of Russia became the latest city to host a leg of the Winter Universiade Torch Relay for Krasnoyarsk 2019, with the event concluding with a game of bandy.

A group of 25 Torchbearers were used for a route that totaled 5,984 metres, starting at the Northern Arctic Federal University and finishing further along the Northern Dvina embankment at Trud Stadium.

A range of people involved in Russian sport carried the flame, such as Vladimir Utkin, President of the All-Russian Public Fund for Support and Development of Sports of the Russian Federation.

Elena Gorbacheva from the Northern Arctic Federal University Volunteer Centre, drove with the Torch in a horse drawn cart, while Oleg Batov, senior coach of Vodnik Bandy Club's youth team, skated with it in front of the Trud Stadium.

The city cauldron outside the Trud Stadium was lit by Alexander Rumyantsev, a two-time winner of the European Speed Skating Championship, before a bandy match was held in the stadium between two local teams.

Bandy will be included in the Winter Universiade for the first time at next year's competition, with six male teams and four female teams participating.

In attendance at the event was the Governor of the Arkhangelsk region Igor Orlov and Pavel Rostovtsev, Deputy of the Legislative Assembly of the Krasnoyarsk Territory and Olympic biathlon silver medalist.

"Arkhangelsk is a student city and, of course, sport is integral to the life of all the residents of the region," said Orlov.

"The Universiade is a symbol of peace, friendship, solidarity of all students, a real continuation of the Olympic movement traditions."

The Universiade flame is now due to go to Kazan, where the next leg will take place on Saturday (November 10).

The Relay began on September 20 in Turin, with Almaty in Kazakhstan and Harbin in China also hosting it.

In Russia, the flame has been to Moscow, Kaliningrad, Simferopol, Rostov-on-Don, Stavropol, Grozny and Saint Petersburg, and is scheduled to finish in Krasnoyarsk on March 1, with the Winter Universiade 2019 set to start the next day.