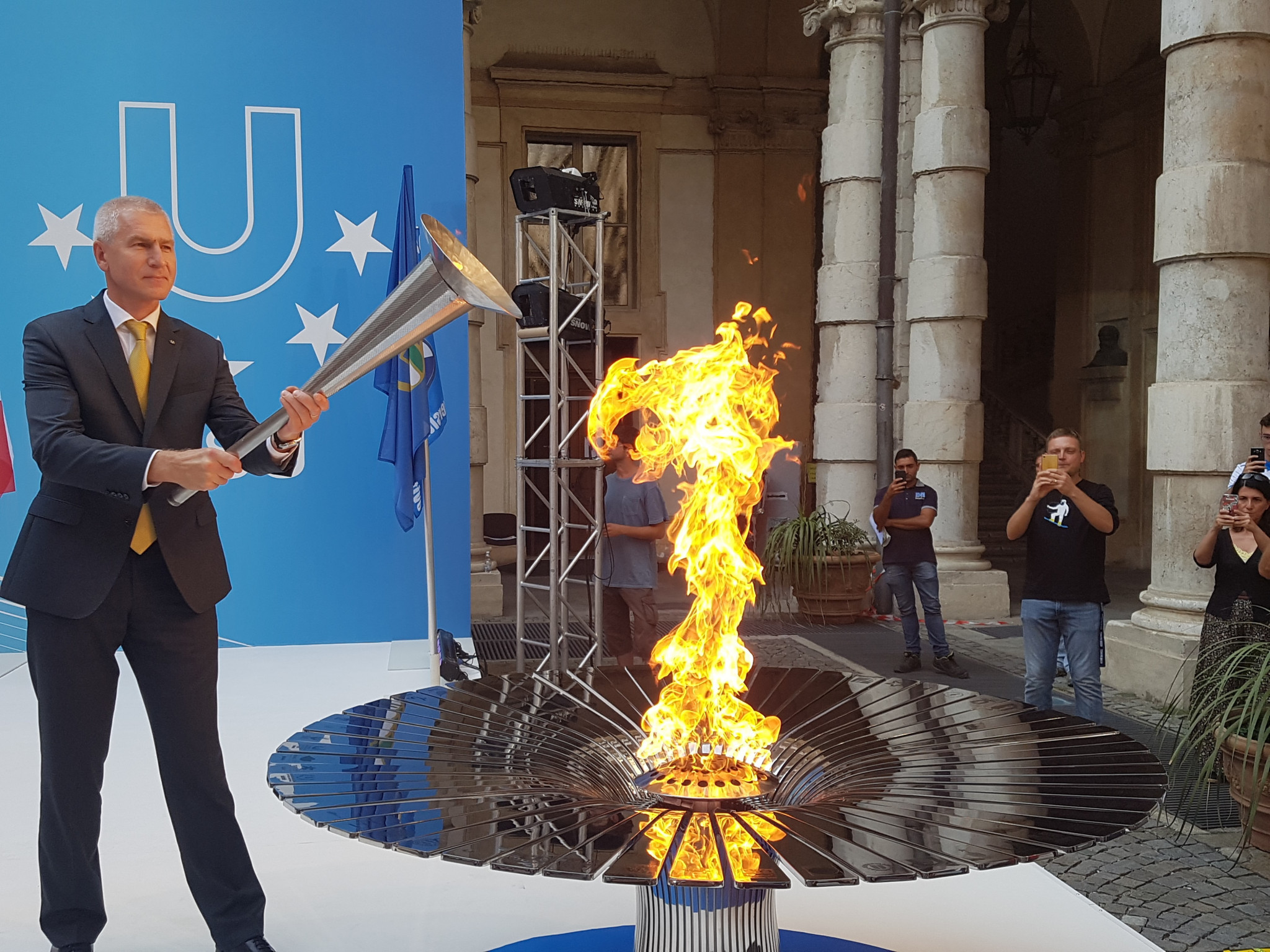 The Torch lighting event took place here at the University, where the very first Summer Universiade was held in 1959, on what is the International Day of University Sport.

"It is a great honour for FISU (The International Federation of University Sport) to return to Torino once again for the lighting of a torch, whose flame will be passed all the way to Krasnoyarsk in time for the Opening Ceremony of next year’s Winter Universiade,” FISU President Oleg Matysin said.

"To be celebrating this lighting on the International Day of University Sport adds a special dimension to the occasion."

The ceremony began with the Italian national anthem and a parade of flags before short speeches were given by officials, including Krasnoyarsk 2019 director Maxim Uzarov.

"We are so proud to be hosting the Winter Universiade in Russia for the very first time, and seeing the flame lit today has also lit a fire within each of us working on the event," he said.

Uzarov added: "After many years of planning and preparation, everyone in Krasnoyarsk is excited to start bringing together people in Russia and from around the world, through the central themes of friendship and peace."

Following the ceremony, featuring Siberian cultural performances, including singing and dancing in traditional Russian dress, a short torch relay took part to the Valentino Castle of Polytechnic, to mark the start of the Relay.

In total 665 Torch bearers will carry the flame to Krasnoyarsk, visiting previous Universiade hosts Almaty in Kazakhstan and Harbin in China, before passing through 30 different Russian cities including Moscow, Saint Petersburg and Vladivostok.

It will eventually arrive in Krasnoyarsk on March 1, a day before the Opening Ceremony of a event due to last until March 12.

Torino University Sports Centre President Riccardo d’Elicio claimed he was "delighted" to welcome guests from FISU and Krasnoyarsk for the ceremony.

"As the flame begins its special journey to Russia, and as our best winter sports athletes look forward to wonderful competitions, we are also looking forward to our own Italian Universiade next year: Napoli 2019," he said.