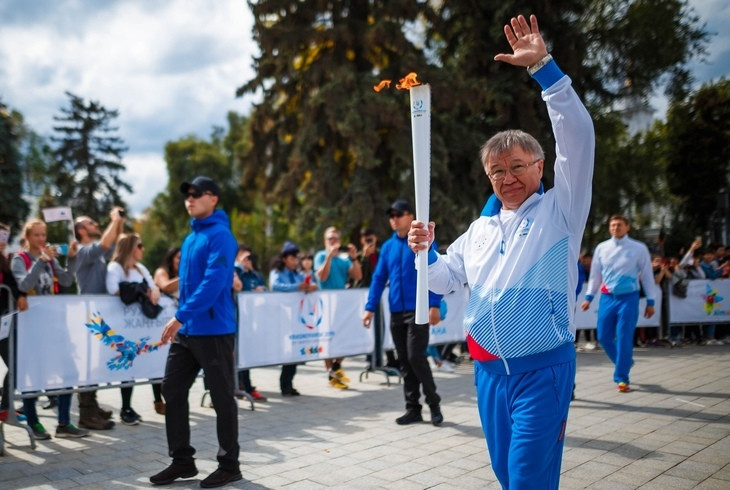 The Krasnoyarsk 2019 Torch Relay has been welcomed in Kazakh city Almaty - the most recent host of the Winter Universiade last year.

It followed the lighting of the Torch in Italian city Turin on the International Day of University Sport on Thursday (September 20).

Ermakhan Ibragimov, a boxing Olympic champion for Kazakhstan, was among 15 people to carry the Torch in Almaty, where it visited sites including the Baluan Sholak Sports Palace.

International University Sports Federation President Oleg Matytsin was among those in attendance alongside Arman Kyrykbaev, the Deputy Mayor of Almaty.

Krasnoyarsk was represented by Natalya Parshikova, a state secretary and Deputy Minister for Sport in Russia.

She also took a turn carrying the Torch with the Siberian city set for the Winter Universiade between March 2 and 12 next year.

"The Games in Almaty became a really memorable chapter in the history of Kazakhstan," said Matytsin.

"Thanks to the legacy of the Universiade, now the citizens have comfortable conditions for sports and development of student sports.

"I am sure that the Winter Universiade 2019 in Krasnoyarsk will certainly be a large-scale event and will give many bright days not only to the Krasnoyarsk citizens but to the whole world."

Parshikova described the Universiade flame as a "symbol" of student sport.

"All what was done in Kazakhstan for the development of student sports we will continue developing in Russia with a great honour," she said.

"We hope that Krasnoyarsk, where a lot of splendid modern sports venues are being constructed now allowing the delivery of major sports events, will become the main host city for winter sports in our country."