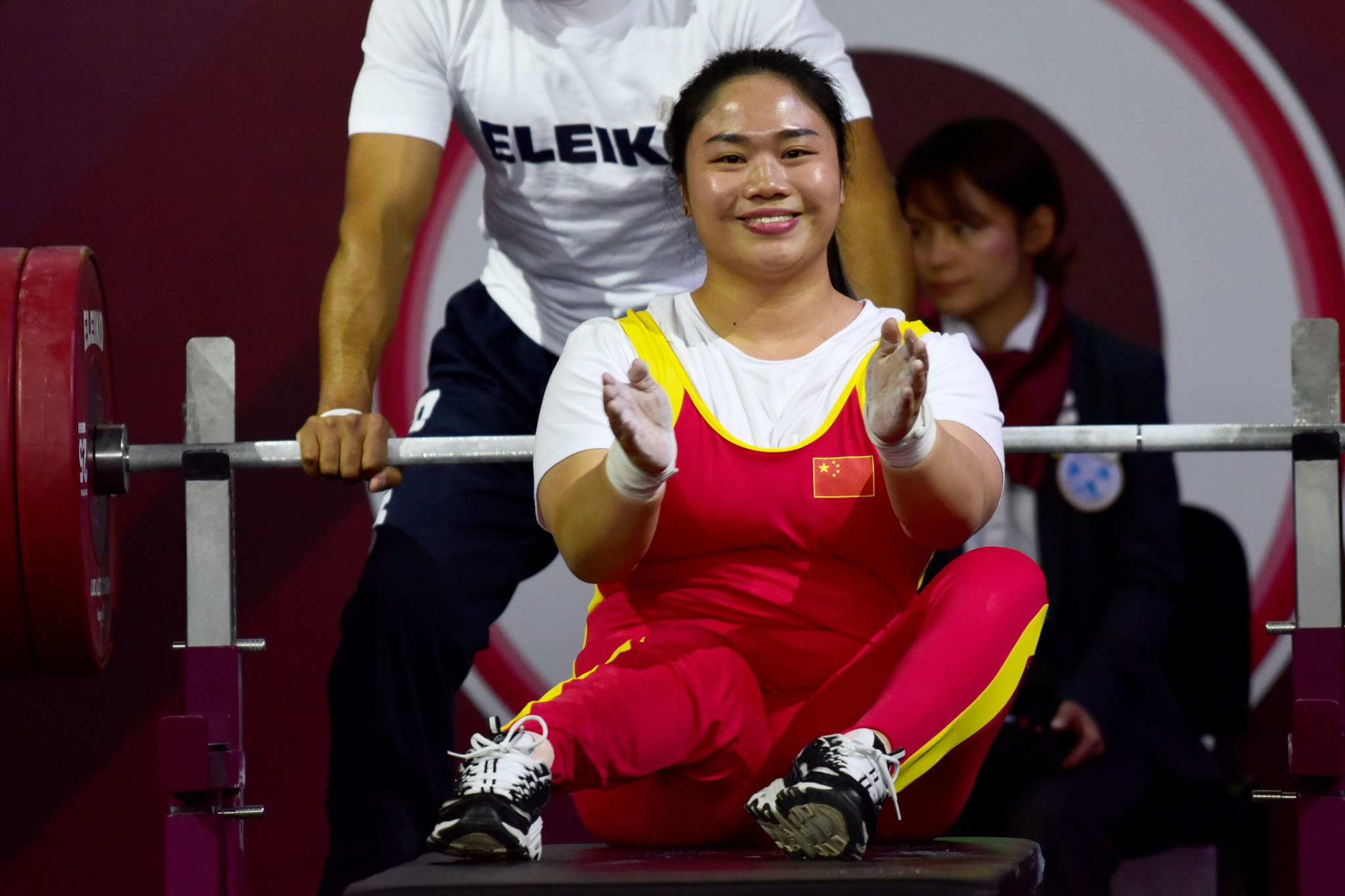 China's Tan Yujiao broke her own world record in the women's under-67 kilograms category as she won gold at the Asia-Oceania Powerlifting Open Championships in Kitakyushu, Japan.

The Rio 2016 Paralympic champion lifted 139kg – half a kilo more than what she managed in Rio.

"I am so happy and excited," she said.

"Now I want to break it again in October at the Asian Para Games."

The two-time Paralympic silver medallist could have continued to lift more, and perhaps break his world record, but decided not to.

"I am very happy for winning this gold medal," Mohsin said.

"Unfortunately, I did not go for the world record as I have a shoulder injury.

"But I will go for it at October's Asian Para Games.

Rostami was awarded the silver medal due to a lower bodyweight and Hu the bronze.

Gu Xiaofei took China’s ninth gold in Kitakyushu after clearing the bar at 227kg in the men´s up to 80kg. Watch his winning-lift! #Kitakyushu2018 #ParaPowerlifting pic.twitter.com/fAym4mrVuE

Day three of the Championships saw China add to their tally of gold medals again, as Gu Xiaofei won gold in the men's under-5kg event.

The 29-year-old secured China's ninth gold by lifting 227kg, ahead of Iran's Nader Moradi in silver and Kazakhstan's Nodarzhan Khamrullayev with the bronze.

The Asia-Oceania Powerlifting Open Championships also invites athletes from outside the region to compete.

The three-time Paralympic champion lifted 131kg, which pushed Cui into silver overall and Lili in bronze.

"I am very happy with my performance," Perez said.

"I usually compete in the women's up-to-55kg, where this lift would have been a world record, but switched for the up-to-61kg for some time to let younger Mexican powerlifters grow in the lower categories.

"However, I'll be back to the up-to-55kg for the next big competitions, including the Tokyo 2020 Paralympic Games."