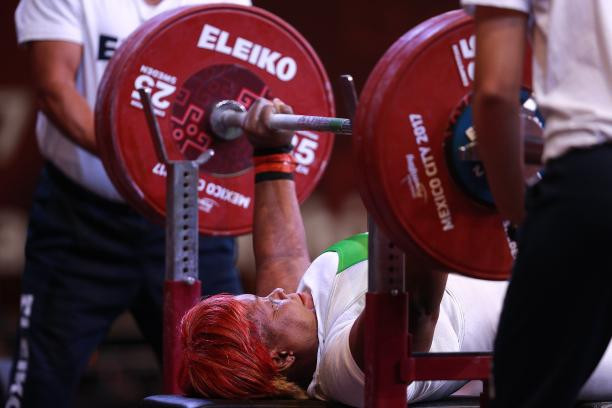 Nigerian Paralympic champion Bose Omolayo made history by breaking the women's under-79 kilogram world record on the final day of the World Para Powerlifting African Championships in Algiers.

The gold medallist from Rio 2016 lifted 137kg on her second attempt at the Harcha Hassan Arena and then managed 139.5kg on her fourth, which is 1kg heavier than the previous world record.

She lifted 127kg, while Morocco's Sanae Soubane took the bronze with a lift of 110kg.

It was a clean sweep for Nigeria in the women's events.

She lifted 137kg to take gold.

On the men's side, Nnamdi Innocent then took the last gold of the day in the under-72kg final.

Eleven golds in all for Nigeria meant they finished the event top of the table, while Egypt with eight finished second and the hosts Algeria came third with one.