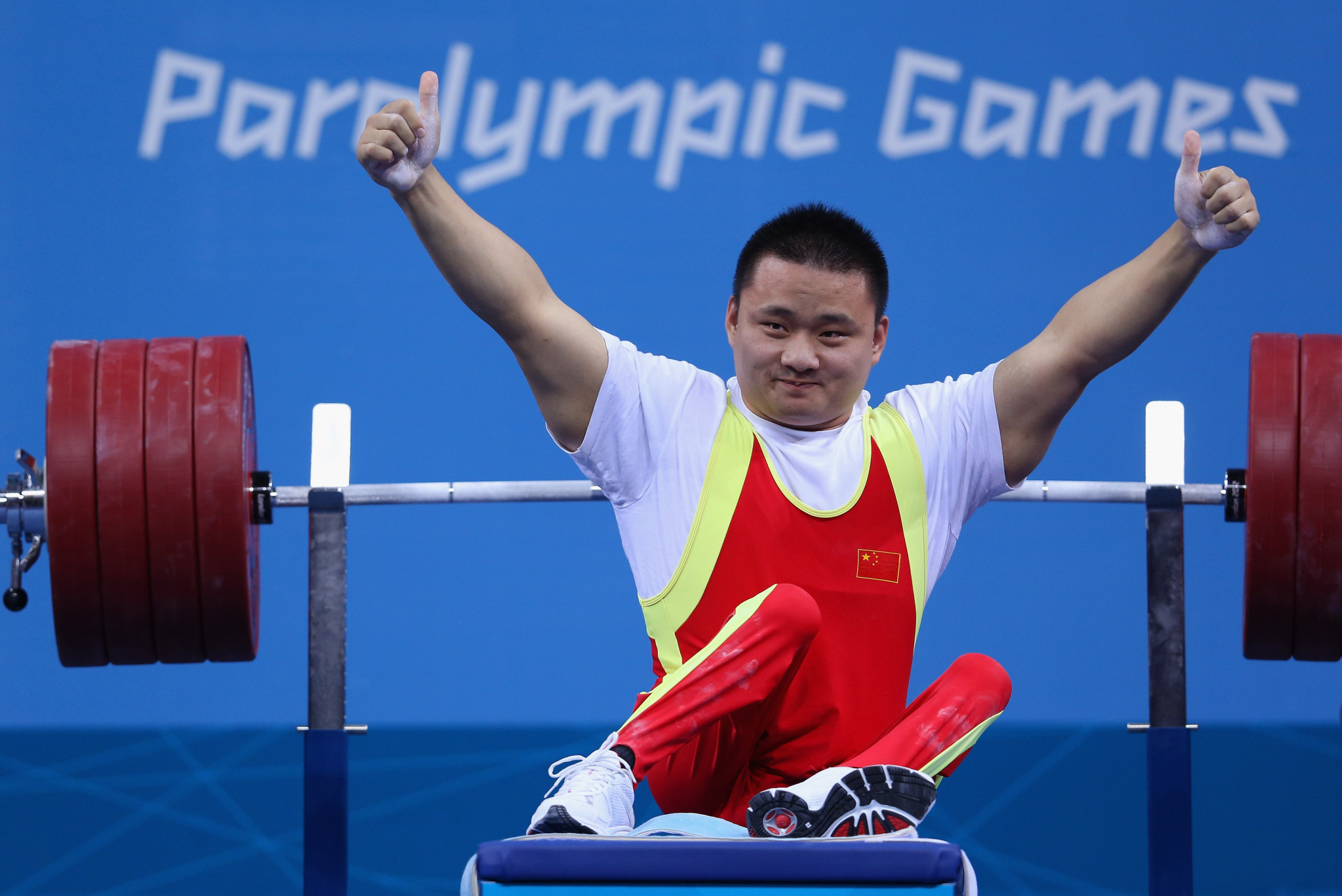 The 19-year-old hoisted up 188 kilograms to win the under-59kg division in Kitakyushu.

He then attempted an Asian record lift of 192.5kg, which proved too much.

Garrido is among competitors from outside of Asia and Oceania who are contesting the event but are not eligible for the continental medals.

This meant that China's Jinglang Yang, who was fourth overall, won the Asia-Oceania bronze on 175kg.

China won a further two gold medals on day two of the event.

"I am not satisfied with my performance, I expected more," said the 29-year-old.

"I was on maternity leave until recently and could not deliver my best."

The overall and continental minor medals were won by Lei's team-mate Yang Quanxi and Jordan's Mohammad Tarbash with efforts of 201kg and 187kg respectively.

Uzbekistan's Ruza Kuzieva was the only non-Chinese winner today, tasting victory in the women's under-55kg division with a lift of 113kg.

"I am really happy for this achievement, now I am going for more," she said.

"I want to win the world title in Astana, Kazakhstan, next year, and the Paralympic title at Tokyo 2020."