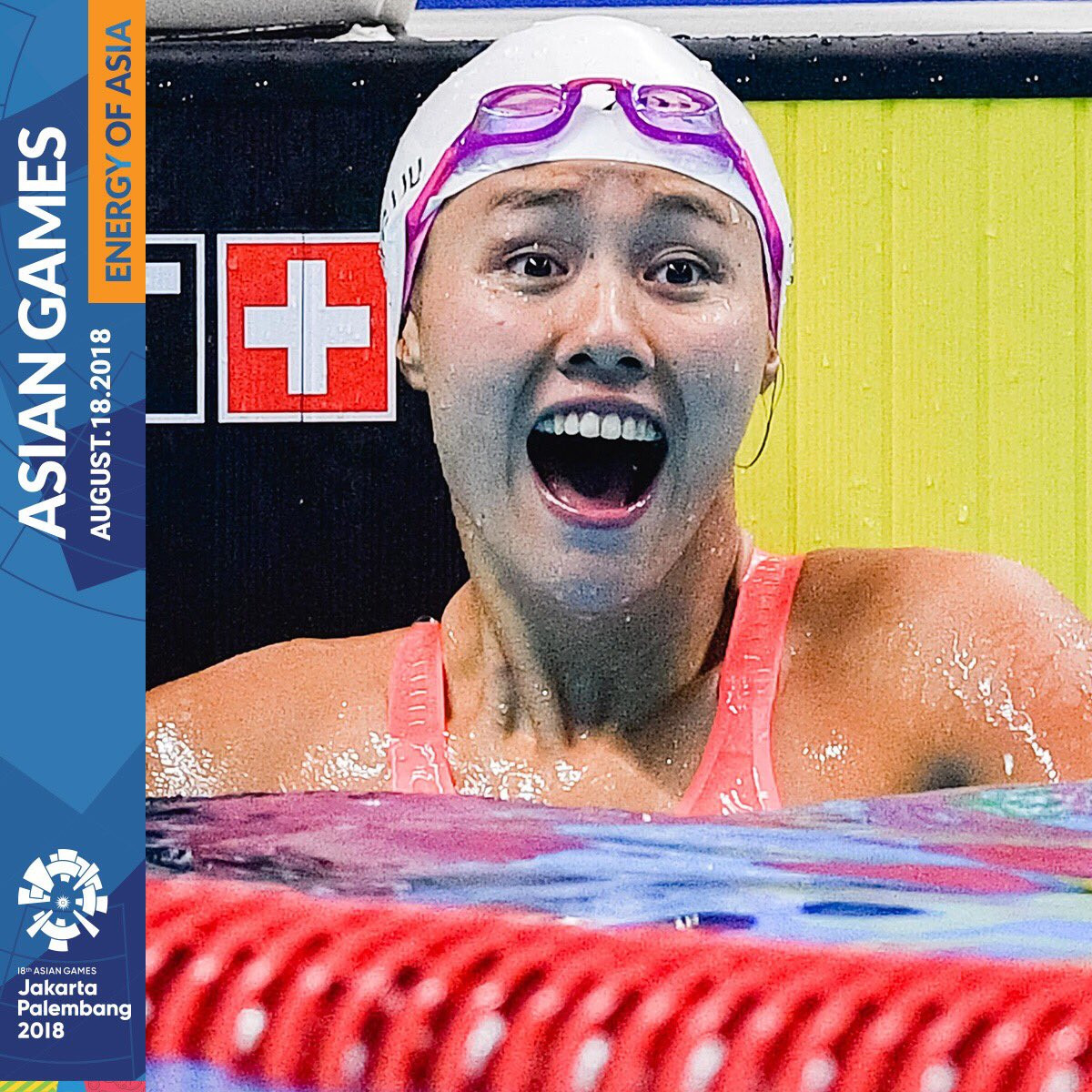 China's Xiang Liu topped off another incredible yet routine Asian Games night for her country in the Gelora Bung Karno Aquatics Centre today by setting a new world record to win gold in the women's 50 metre backstroke.

Xiang's time of 26.98sec, in what was the first swimming final of the evening here in Jakarta, made her only the second athlete in 60 years to break a swimming world record at the Asian Games.

It also makes her the first person in history to go sub-27 seconds in the event.

Her swim was the stand-out performance on a night at Jakarta Palembang 2018 which also saw China win a further three golds in swimming, as well as the gold in the women’s water polo which they won with ease.

In the swimming events, the second gold of the night also went to China thanks to Hexin Yu, in the men's 50m freestyle.

He won with a time of 22.11, ensuring China claimed their third consecutive Asian Games gold in the event.

Silver went to Japan's Katsumi Nakamura in 22.20, while bronze went to another man from Japan, Shunichi Nakao, in 22.46.

There was then somewhat of a lull in proceedings for China as Japan, the other swimming superpower in Asia, claimed the next three gold medals.

Yui Ohashi started their run in the women's 400m individual medley, winning in a time of 4min 34.58sec.

In what was a very rare occurrence, China failed to win any medal in the race.

Silver went to Seoyong Kim from South Korea, who finished in 4:37.43, while bronze went to another Japanese swimmer, Sakiko Shimizu, in 4:39.10.

He led from the beginning but was very nearly caught right at the end by his team-mate Ippei Watanabe.

China had to settle for bronze through Haiyang Qin in 2:08.07.

Japan's third and final gold of the night was then won by their star swimmer Rikako Ikee.

Yufei Zhang from China won the silver in 57.40, while 58 seconds exactly won South Korea's Semyeon An the bronze.

At that point Japan's run was ended, as was inevitable, by China's own star, Sun Yang.

No swimmer has ever won more and only Xu Yanwei, another Chinese swimmer, has matched the feat.

Silver went to the best of the rest, Japan’s Naito Ehara who finished five seconds behind, while his team-mate Kosuke Hagino took bronze.

A Games record for China then ended today's swimming in the women's 4x200 freestyle relay.

Japan took silver in 7:53.83 in a race which very clearly showed how dominant China and Japan are in comparison to the rest of Asia.

Third went to Hong Kong, who finished a full 19 seconds behind China and 14 behind Japan.

It was not just in the swimming where China’s success came though.

In the same venue, but in a different pool, China's women cruised to victory in the water polo.

The competition had no knock-out phase but instead featured a round-robin format.

China entered today's match unbeaten, which meant a win against Hong Kong, who had so far failed to win any match, would seal the gold.

While all their attacks seemed to end in a goal, Hong Kong were unable to get behind the Chinese defence and had to settle for taking shots from distance, which rarely worked.

At half time, with the score 8-1, the result was already a foregone conclusion and China promptly claimed their third gold in the competition in a row.

The next match, which off the back of China’s win, was a battle for silver, was much closer.

Japan and Kazakhstan both entered the match on six points, so either would have taken silver with a win.

Kazakhstan started the better but were only 1-0 up at the end of the first quarter.

Whilst they struggled to extend their lead, Japan also largely failed to end it.

Whilst they did draw level on a couple of occasions, Kazakhstan would always score again soon afterwards and in the end a one goal lead was all they needed.

Tomorrow will once again see seven swimming finals contested, while in the water polo pool, the men’s competition will begin.