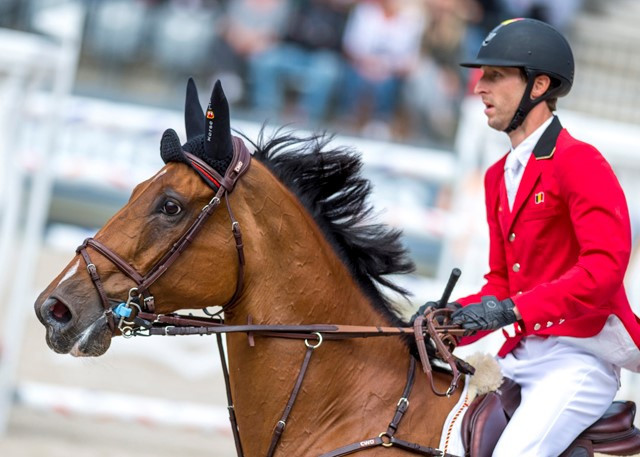 Philippaerts and Verlooy produced clear runs in the opening round of the competition.

They repeated the feat in the second round, with Bruynseels also going clear to ensure they had no penalties overall.

It meant Devos did not need to start the round, with victory having already been secured.

Germany would end as the runners-up, having ended the competition with four penalties.

They had shared the lead with Belgium after the first round, but faltered in the second.

Massive congratulations to @equibel for their second win in a row in the @LonginesEq #FEINationsCup! 🏆🎉👏

Now topping the rankings, will they keep their lead and make it to the finals? 🤔#MenOnAMission 🥇 pic.twitter.com/2vcJ2mtTp5

The podium was completed by the United States, with their team of Elizabeth Madden, Adrienne Sternlicht, Laura Kraut and McLain Ward ending on 12 points.

Belgium’s success saw them move to the top of the Europe Division 1 leaderboard with tally of 360 points.

Switzerland dropped down to second place on 340, with Germany lying in third place on 315 points.

Three Nations Cup legs remain in the division, with Falsterbo in Sweden and and Hickstead in Britain hosting events in July.

Dublin will host a competition on August 10.