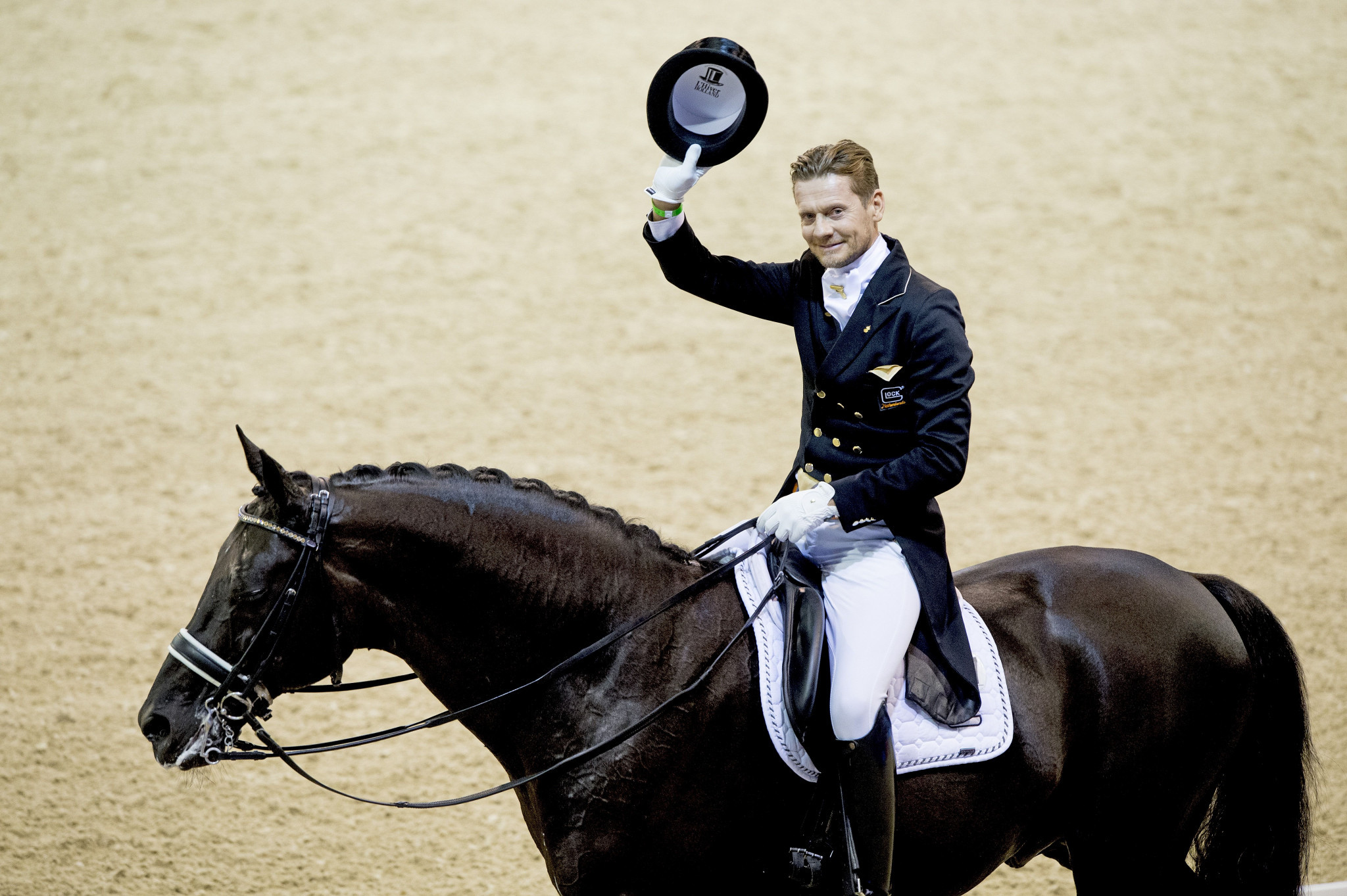 Home favourite Edward Gal claimed a second International Equestrian Federation (FEI) Grand Prix victory in as many days after winning the three-star event in Rotterdam in The Netherlands.

He scored a total of 74.261 per cent to beat Sweden’s Tinne Vilhelmson Silfven, riding Don Auriello, by a margin of 1.087.

The United States' Steffen Peters finished 1.631 per cent back in third with Suppenkasper.