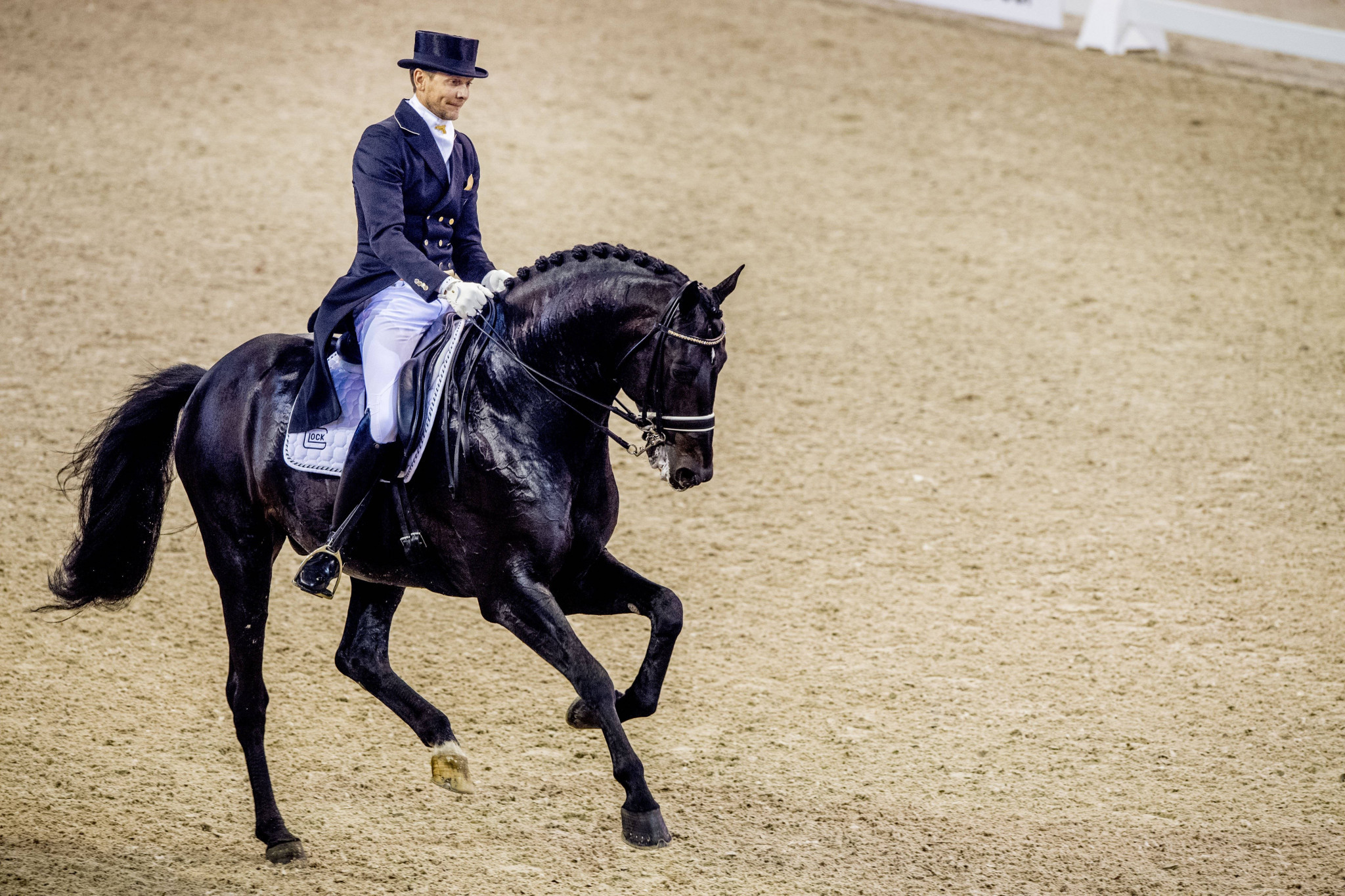 Gal, riding Glock's Zonik N.O.P., triumphed with a total of 76.957 per cent at the Kralingse Bos venue.