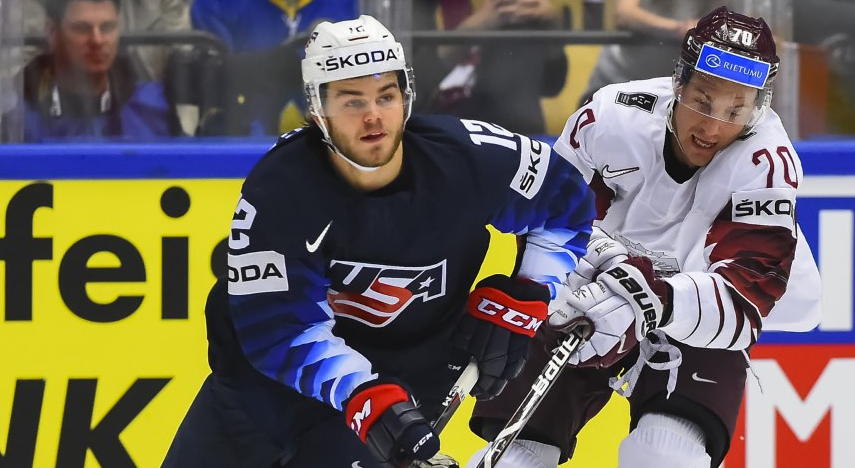 It means the US move to four wins from four to stay at the top of Group B.

The scores were level after all three periods at the Jyske Bank Boxen.

Chris Kreider pounded up a loose puck to give the Americans the lead before Uvus Balinskis' shot was deflected off Anders Lee's stick to draw the scores level.

Andris Dzerins briefly put Latvia ahead in the second period before Colin White evened it up again.

No further goals were scored until a Cam Atkinson power play strike in the extra session.

Latvia remain in the fourth qualifying spot and still have a chance of going through.

Slovakia also enjoyed a 3-1 win over France today in Group A at the Royal Arena in Copenhagen.

Dávid Bondra, Dávid Buc and Michal Čajkovský all found the net for Slovakia while Valentin Claireaux scored for France.

It moved Slovakia into fourth place in Group A.

Canada enjoyed a more straightforward 5-0 win over Norway in other match in Group B.