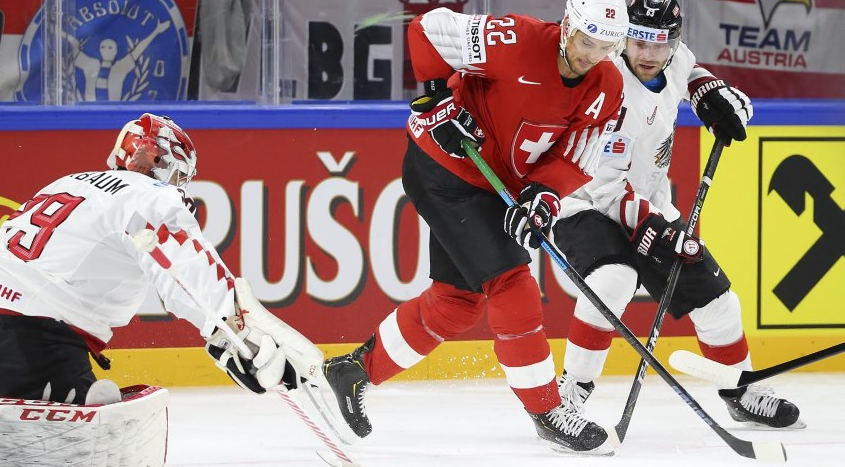 Switzerland gained their first International Ice Hockey Federation (IIHF) World Championship victory over neighbours Austria for a quarter of a century in overtime today in Denmark.

The Swiss blew a two-goal lead at the Royal Arena in the Group A encounter in Copenhagen but had the last laugh in a thrilling finale as they won 3-2.

Enzo Corvi capitalised upon a drop pass to skate around the Austrian defence and fool goalie Bernhard Starkbaum before tucking the puck inside the near post.

Despite four successive Olympic wins over Austria, today's result marked their first World Championship victory over the side since a 5-1 success in 1993 in Germany.

"All our lines did well.

"Individual mistakes, however, gave us problems."

France also recovered from a 7-0 thrashing by Russia to beat Belarus 6-2 today elsewhere in the group at the same venue.

Czech Republic then beat Slovakia 3-2 after overtime in the evening game.

In Group B at the Jyske Bank Boxen in Herning, Finland were utterly dominant in thrashing South Korea 8-1.

United States followed their overtime win over Canada yesterday with a 4-0 success over hosts Denmark.