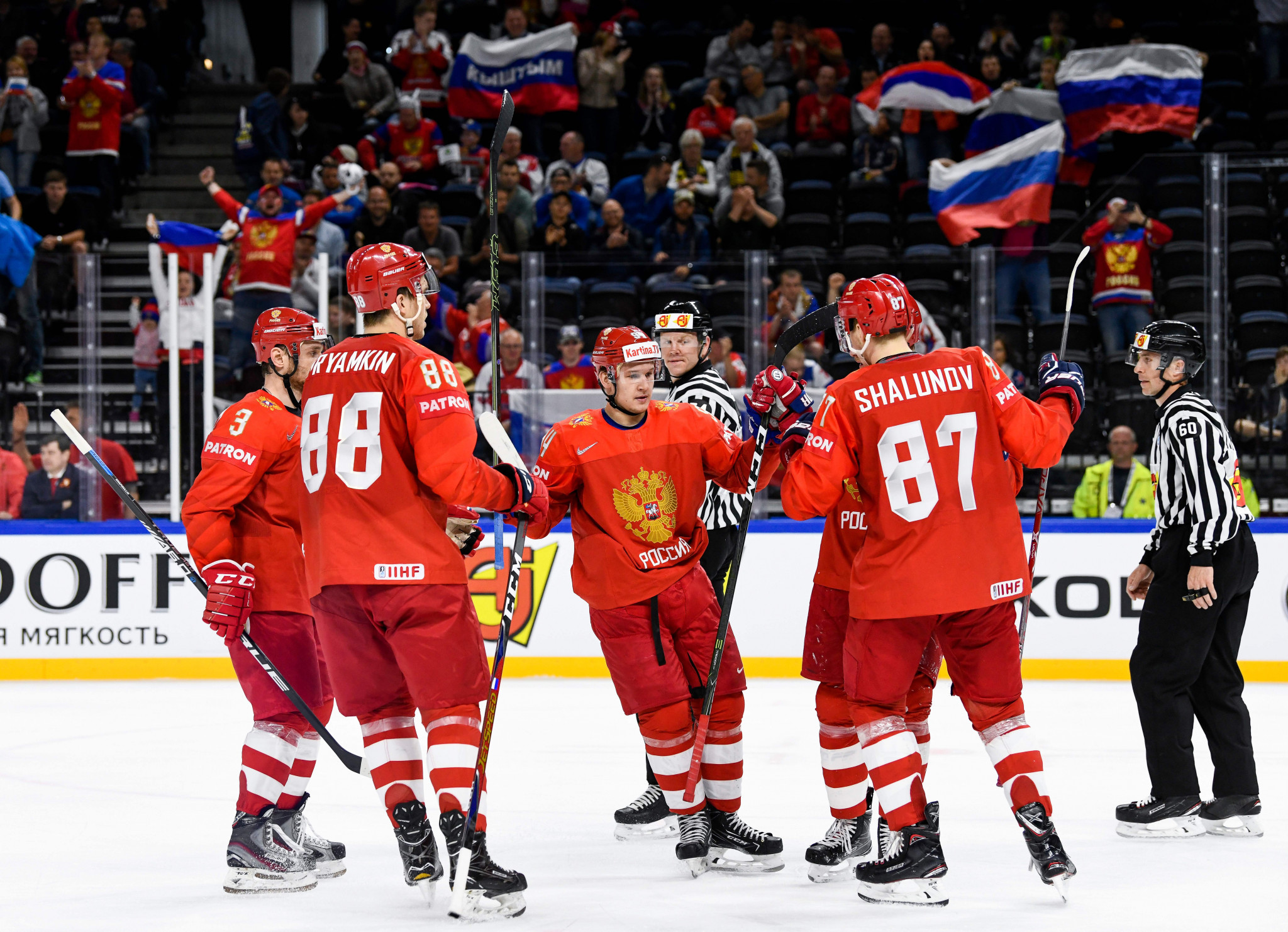 Olympic champions Russia thrashed neighbours Belarus 6-0 to keep themselves at the summit of Group A at the International Ice Hockey Federation World Championship in Denmark.

Russia started relatively quietly at the Royal Arena in Copenhagen and were only 1-0 up against their inferior opponents after the first period, courtesy of captain Pavel Datsyuk's goal after five minutes.

Maxim Shalunov then doubled Russia's lead five minutes after the start of the second period before Ilya Kablukov made it 3-0 on the 29-minute mark.

Belarus were undoubtedly hoping that they would be able to limit the damage to 3-0 heading into the third and final period.

.@russiahockey were one goal shy of a 7-0 three-peat, but their 6-0 victory over Belarus is still pretty incredible. Will @narodnitym be able to get a goal when the teams meet on May 10? #IIHFWorlds pic.twitter.com/TfZu1Snlqj

Datsyuk, however, put paid to that with a goal to put Russia 4-0 up with just one minute of the second period to go.

All hope was gone for Belarus at this point and the Pyeongchang 2018 gold medallists ensured they put their opponents to the sword with goals from Maxim Mamin and Kirill Kaprizov in the 45th and 47th minutes, respectively, rounding off a 6-0 win.

In Group B, the United States defeated Germany 3-0 to move top of the standings whilst 26-times champions Canada secured a 7-1 victory over hosts Denmark.