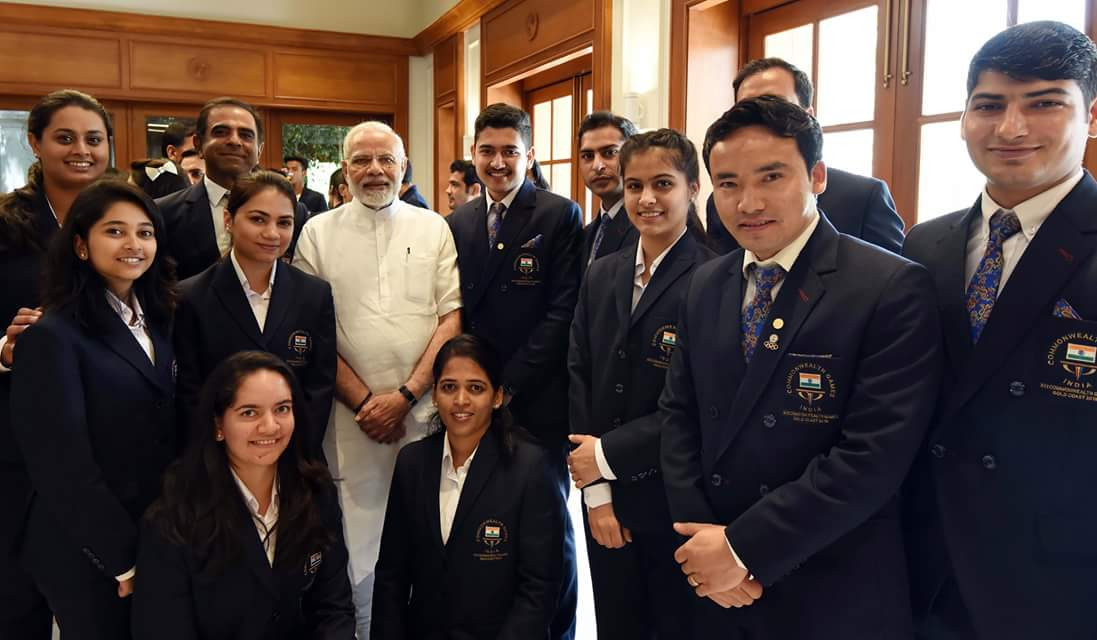 Modi congratulated the medallists on their achievements in Australia.

"Accomplishments in the sporting arena inspire everyone," he said.

"Whenever an Indian sportsperson wins on the global sporting stage, it is the Indian flag that rises."

India finished third overall in the medals table with a total of 66, including 26 gold.

It was their best performance overseas since Manchester 2002 when they won 30 gold medals.

It was the second consecutive day that Modi had congratulated India's medallists.

Yesterday, on his radio show Mann Ki Baat, he addressed their achievements.

He had especially picked out the performances of the female athletes and the wrestling team.