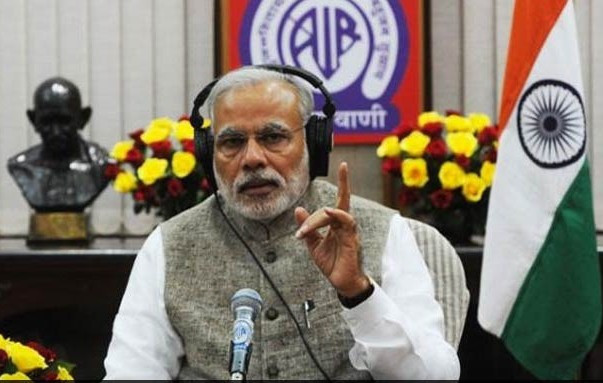 India's Prime Minister Narendra Modi today paid tribute to the success of his country's athletes at the Commonwealth Games in the Gold Coast earlier this month.

India finished third overall in the medals table with a total of 66, including 26 gold.

It was their best performance overseas since Manchester 2002 when they won 30 gold medals.

Addressing the 43rd edition of Mann Ki Baat, an Indian radio show he presents, Modi claimed the athletes could be proud of themselves.

"Our athletes lived up to the expectations of the country and won medal after medal," he said.

"It was a fantastic performance in 2018 Commonwealth Games.

"It was a time when people all over the country thought about which players will perform today.

"It was a glorious festival for the entire country and all the countrymen."

Modi specifically congratulated the women athletes for their performances.

He also picked out India's wrestling team for special praise.

"Our women athletes have India very proud during this year's Commonwealth Games,"Modi said.

"The athletes who participated in the Games came from different parts of the country, from smaller cities.

"They overcame many obstacles and difficulties to reach there.

"Are you aware that out of the wrestlers who represented India, each one of them returned with a medal?

"Manika Batra won a medal in each of the events that she competed in.

"She is the first Indian woman to win a gold in the individual table tennis category too."

There was, however, no mention during the broadcast of the controversial incident which led to two Indian athletes - triple jumper Rakesh Babu and race walker Irfan Kolothum Thodi - being expelled from Gold Coast 2018 for breaching the Commonwealth Games Federation's strict no-needle policy.

Modi claimed the performances of the Indian team at Gold Coast 2018 would have a positive effect on sport in the country.

"I feel all these athletes have brought laurels to the country with their stellar performances; the fact is, their performances are not mere displays…they are sources of encouragement for upcoming sportspersons and the young generation of the country alike," he said.