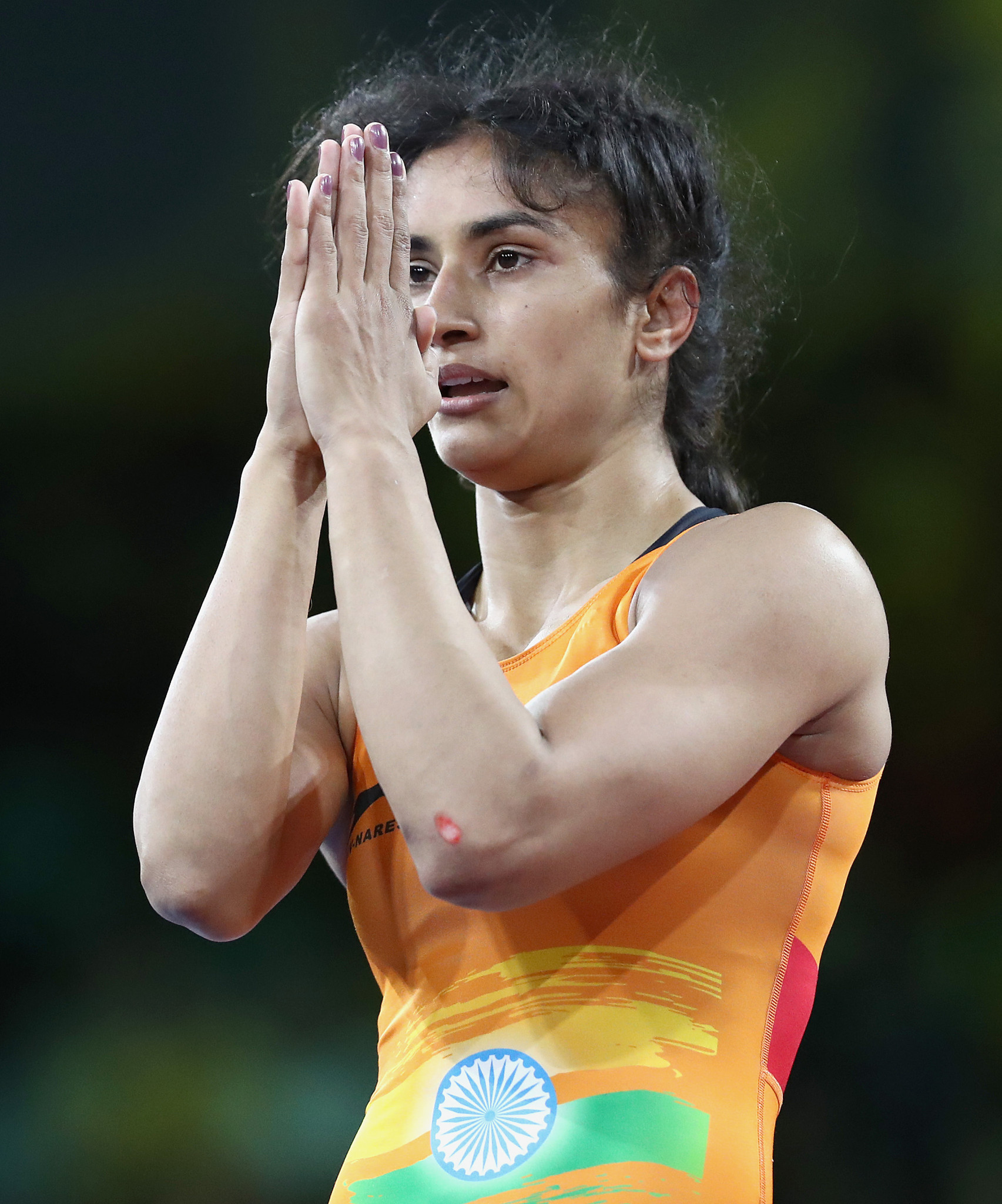 India claimed a further two titles on the last day of wrestling action at the Gold Coat 2018 Commonwealth Games to finish top of the sport’s medal standings.

The country’s first triumph was secured by Sumit, who came out on top in the men’s 125 kilograms freestyle category.

His place at the top of the rankings was confirmed when he beat Nigeria’s Sinivie Boltic by forfeit.

Canada’s Korey Jarvis was the silver medallist, while Pakistan’s Tayab Raza came away with bronze.

Jarvis, the 96kg silver medallist at Delhi 2010, lost his bout against Sumit in today's first session and accused his opponent of poking and biting.

"He poked me in the eye and then he bit me," Jarvis said.

"I was winning in the last few seconds in Delhi and lost the gold medal, and basically the same thing happened today."

Sumit claimed it occurred in the heat of the moment.

"I am sincerely sorry that it happened," he said.

No action was taken regarding the matter.

Macdonald had to settle for the silver medal.

No bronze medals were awarded in the category.

There was also a victory today for Muhammad Inam in the men’s 86kg freestyle event, securing Pakistan’s first gold medal of Gold Coast 2018.

He beat Nigeria’s Melvin Bibo in the final.

Having beaten Indian rival Somveer in the quarter-finals earlier in the day, Inam claimed it felt like a double victory.

"The rivalry between India and Pakistan is a big deal, so I'm glad I emerged victorious today for my country," he said.

"He has beaten me three times in the past, so I was over the moon when I got him today."

The bronze medals went to Somveer and England’s Syerus Eslami at the expense of Canada’s Alexander Moore and Sierra Leone’s David Conteh respectively.

Nigeria finished second in the wrestling medal standings with Aminat Adeniyi continuing their success in the women’s freestyle events today.

She wrapped up victory in the 62kg category by defeating Canada’s Michelle Fazzari, the silver medallist ahead of India’s Sakshi Malik.

It comes after her compatriots Odunayo Adekuoroye and Blessing Oborududu won the respective women's 57kg and 68kg events yesterday.