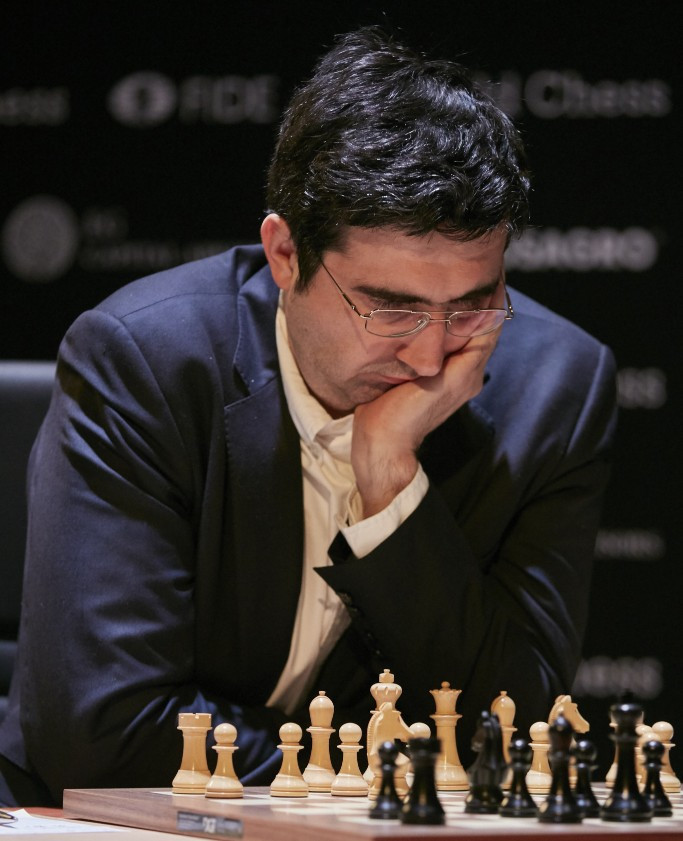 He is now half-a-point clear following today's draw between the two other unbeaten players at the Kuehlhaus venue, Fabiano Caruana of the United States and Azerbaijan's world number two Shakhriyar Mamedyarov.

Caruana’s compatriot Wesley So registered his first positive mark after two defeats as he drew against China’s Ding LIren.

Sergey Karjakin, who lost to Carlsen on a tie-break in the last World Championship final two years ago, has made a relatively slow start.

The 28-year-old Russian lost his opening match against Mamedyarov and followed up a second round draw with Kramnik by drawing again today against compatriot Alexander Grischuk.

The tournament, due to last until March 28, is being contested as a double round-robin with each player playing 14 games, seven with white pieces and seven with black.

Tomorrow will be the first of the rest days scheduled after every three rounds.