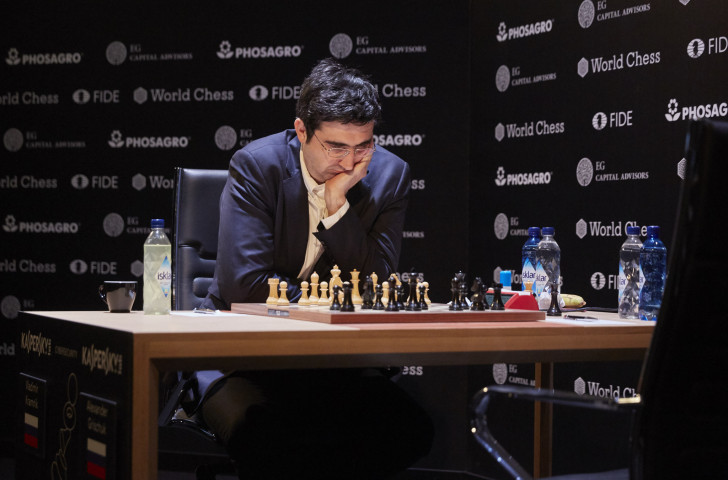 Three of the eight players at the World Chess Federation (FIDE) Candidates Tournament 2018 in Berlin have taken a tentative early lead after the second round of matches today.

Top of the early standings at the Kuehlhaus is the only wild card in the field, Russia’s Vladimir Kramnik.

He followed up his opening day victory over compatriot Alexander Grischuk by drawing his game against the 28-year-old Russian who lost to Carlsen on a tie-break in the last World Championship final, Sergey Karjakin.

Second is Fabiano Caruana of the United States, who beat fellow American player Wesley So on day one and drew today against China’s Ding Liren.

Shakhriyar Mamedyarov of Azerbaijan is third, having followed his opening day win over Karjakin with a draw against Levon Aronian of Armenia

The day’s other game saw Grischuk defeat So.

The tournament, due to last until March 28, is being contested as a double round-robin with each player playing 14 games.