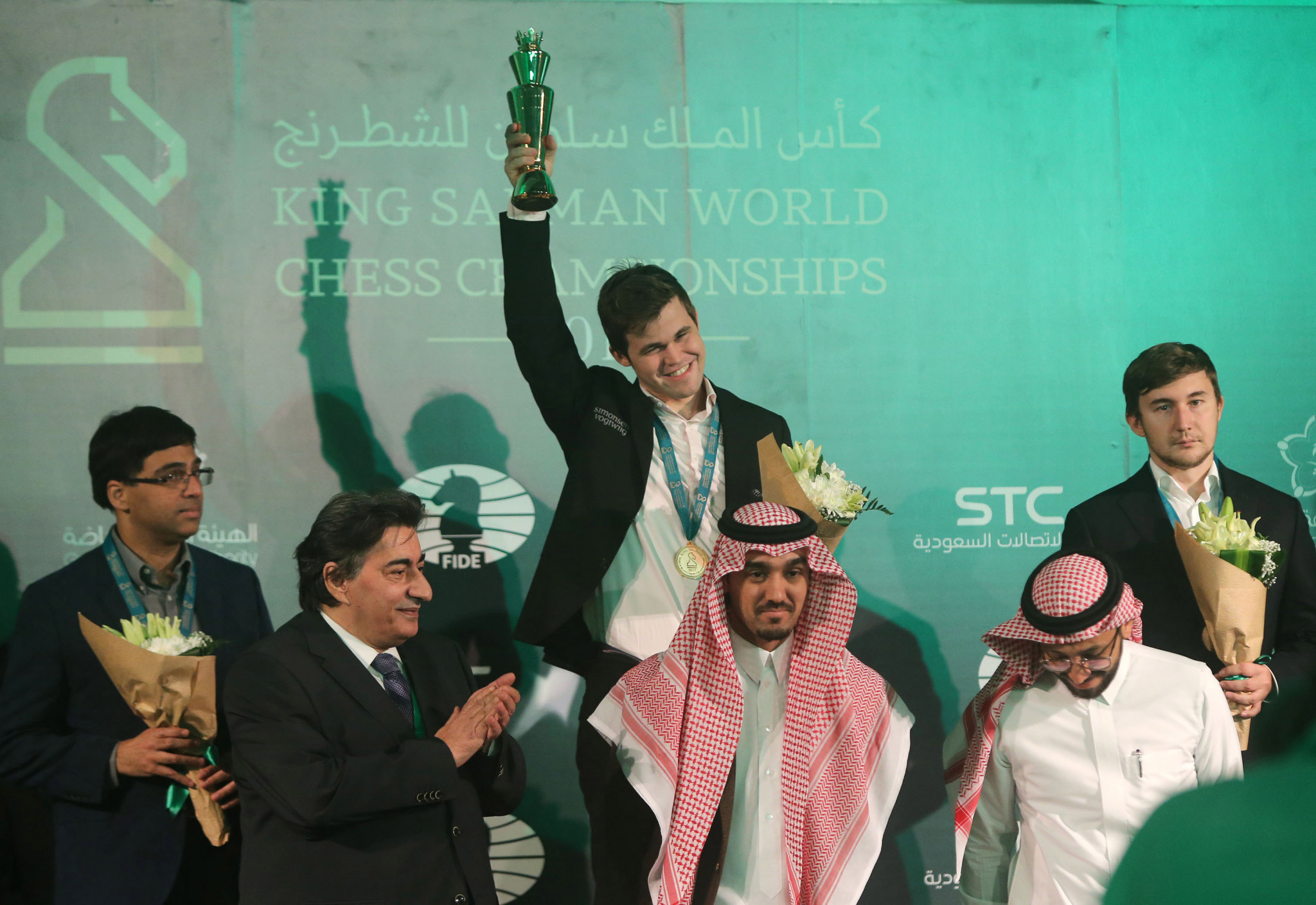 Norway’s Magnus Carlsen and Georgia’s Nana Dzagnidze were victorious in the men’s and women’s sections, respectively, as action concluded at The King Salman World Blitz Chess Championship in Riyadh.

After the first day of the men’s event, Carlsen, a Grandmaster since 2004, had been trailing two points behind the leader and 2016 champion Sergey Karjakin of Ukraine.

However, with an impressive winning streak on the second day, where he conceded only two draws in ten games, Carlsen put himself ahead of the field and secured the title with a round to spare.

Carlsen’s victory gives him his third world blitz title, having previously won the event in Moscow in 2009 and in Dubai in 2014.

After his title win, in an interview with the World Chess Federation, Carlsen said: “Obviously, I am extremely happy.

“Yesterday was a difficult day for me, but today everything went beyond expectations.

“This title means a lot to me, especially after losing that last game from the leading position in the Rapid Championship.

In the women’s event Dzagnidze, a Grandmaster since 2008, repeated her strong performance from yesterday, giving her an overall score of 16.5/21 points.

After her victory, Dzagnidze said: “It was a very difficult event and this title is very important to me.

“I am still not aware that I became champion.

“This was my dream.”