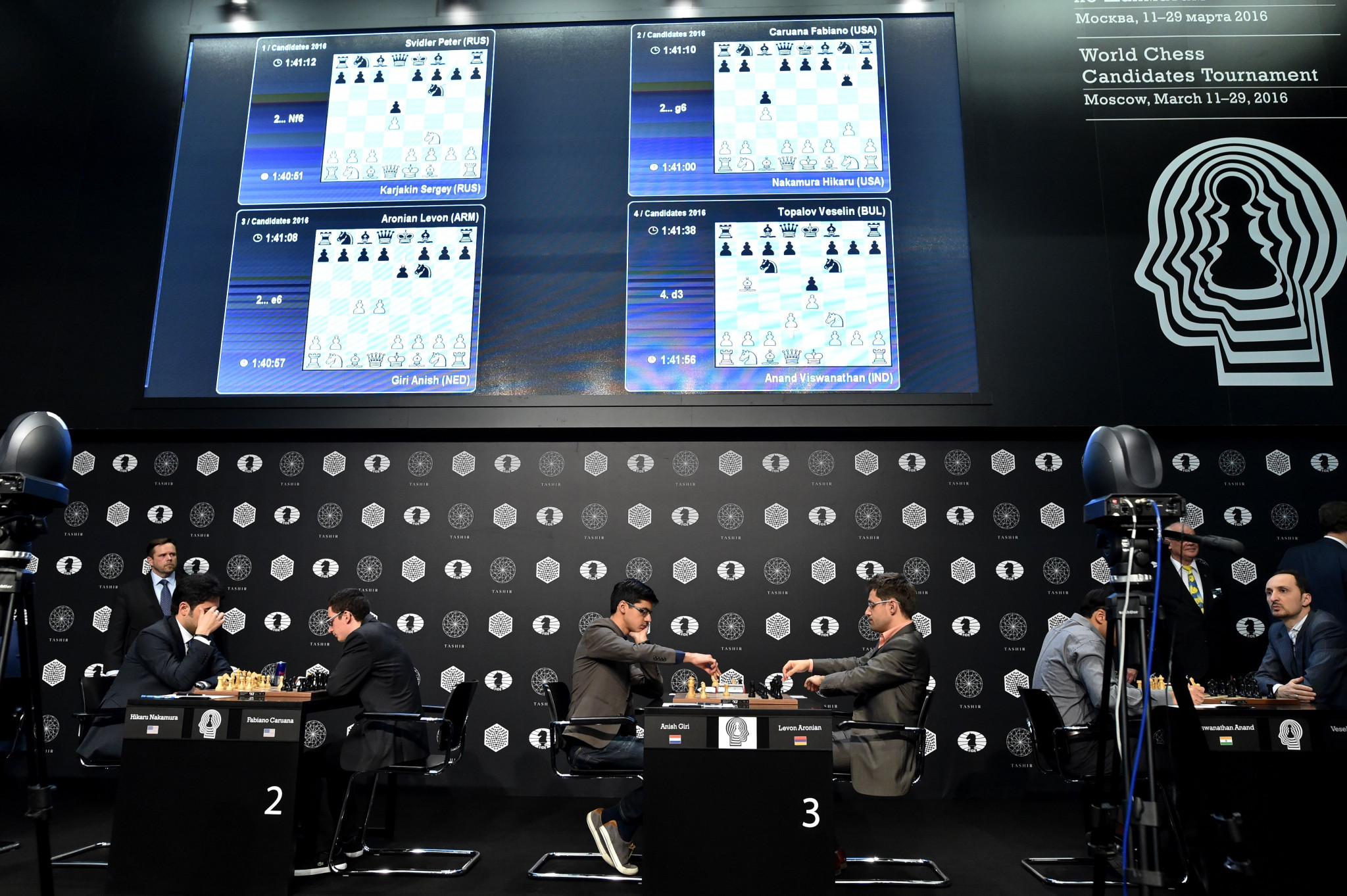 Eight of the world’s top players conducted the first round of matches at the World Chess Federation (FIDE) Candidates Tournament 2018 in Berlin today seeking a €95,000 ($117,000/£85,000) top prize and the right to challenge Norway’s 27-year-old Magnus Carlsen for the world title.

The tournament, due to last until March 28, is being contested as a double round-robin with each player playing 14 games at the Kuehlhaus.

Fabiano Caruana of the United States defeated his compatriot Wesley So.

Levon Aronian of Armenia and Ding Liren of China drew their opening match.

Players will face each other twice - once with black pieces and once with the white pieces..