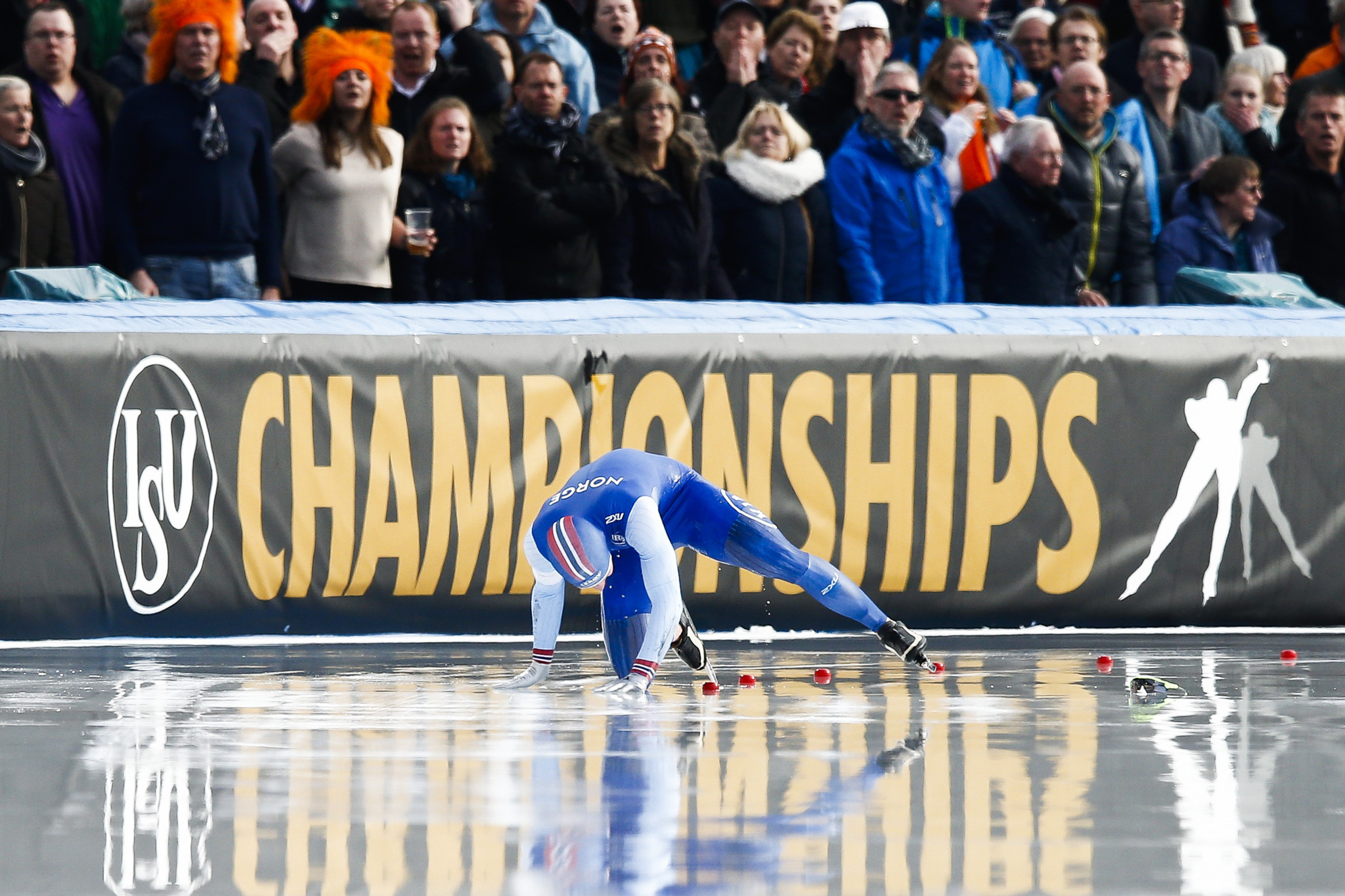 Sverre Lunde Pedersen was 3,500 metres away from becoming the first Norwegian International Skating Union (ISU) World Allround Speed Skating champion since Johann Olav Koss in 1994 - and then a bizarre crash gave the title to Patrick Roest of The Netherlands.

Pedersen managed to get up quickly on the course set up within Amsterdam’s 1928 Olympic Stadium and still secured the silver medal, but his dream had gone.

"I knew I lost the gold there, there’s nothing more to say," he said.

Marcel Bosker edged out defending champion and fellow Dutch skater Sven Kramer, who had been seeking a 10th successive victory, for the bronze medal.

Roest, 22, was as shocked as the rest of the Stadium when he noticed Pedersen’s crash.

"I thought: he has to get up quickly otherwise I’ll be the world champion.

"It’s a sort of a reverse thought.

"You can’t cheer, and you don’t really feel joy.

"It’s a pity for Pedersen, because he skated such a fantastic tournament here."

Roest topped the standings after the 500 and 5,000 metres races last night, followed by 25-year-old Pedersen.

The Norwegian took control of the Championships in the 1,500m, beating Roest in the final pair.

Kramer was only able to place fifth.

Defending champion Kramer set 1min 50.62sec to come fifth in the 1,500m, and he was ranked third after three distances.

Pedersen had to defend a 7.78 second gap over Roest in the concluding 10,000m to take the title and Kramer was 16.14 seconds behind him.

In the penultimate pair Roest and Bosker pushed each other to a higher level, to put a much pressure as they could on Pedersen and Kramer, who had to conclude the Championships in the final pair.

They had to wait what their efforts would lead to in the classification.

Pedersen quickly took the lead in his race versus Kramer, whom he had beaten in the 5,000m for the first time last night.

"It came as a surprise to me that he did not go with me at the start," Pedersen said.

The 25-year-old seemed to be cruising to his first career world title, until he fell out of the blue.

"I’m not sure what happened, it happened really quick," he said.

"Suddenly I was in the pads.

"I hit the pads really hard and I was a little confused."

Pedersen nevertheless got up to secure silver.

"I had seven seconds to Patrick before the race, but when you fall you lose so much.

"It takes a lot of time to get up.

"It doesn’t happen too often, and I’m happy for that.

"When it happens it’s really sad for the one who goes down.

"Today it was me and I hope that no one will suffer this in the future."

Kramer who skated a disappointing 10,000m himself, commented: "When he fell, I wanted to skate all-out for the podium, but I quickly noticed that he got back behind me very fast and I thought when I pull through now, I’ll drag Pedersen to first place, so I didn’t.

"Of course I’d rather see Roest than Pedersen to become champion."