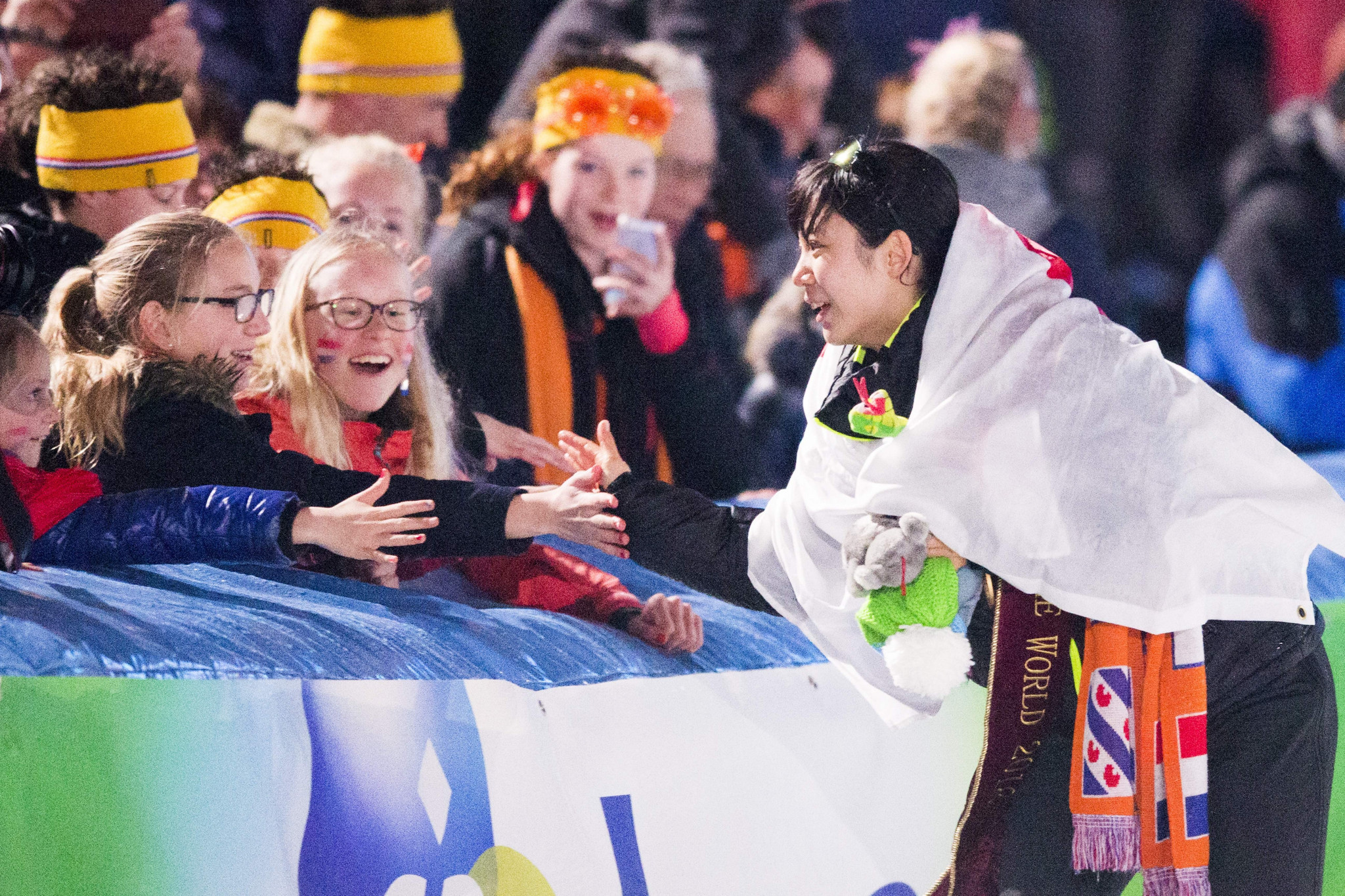 At the halfway point of the men’s race in the rainswept Amsterdam 1928 Olympic Stadium, 31-year-old local hero Sven Kramer, seeking a 10th successive title, is facing a tough struggle against two young guns of the sport as he stands third overnight.

Takagi, the 23-year-old Japanese skater, winner of Olympic 1,500 metres silver and 1,000m bronze medals at Pyeongchang 2018, as well as team pursuit gold, maintained her overnight lead by winning the 1,500m race today and then finishing fourth in the concluding 5,000m.

She is the first Japanese or Asian skater to win this title.

Wüst - winner of her fifth Olympic gold medal at Pyeongchang 2018 in the 1,500m - was seeking a sixth title on her home ice.

She finished second in the 1,500m and won the final event but it was not enough to wipe out the 3.42 points advantage Takagi had carried from last night's racing, when she had won the 500m and finished second behind her Dutch rival in the 3,000m.

Wüst’s crucial placing was in the opening 500m, where she could only manage ninth place.

Kramer’s 22-year-old Dutch team-mate Patrick Roest tops the standings at after two of the four races, followed by 25-year-old Pedersen.

Roest won the opening men’s 500m today, in which Pedersen was fifth; then Pedersen won the 5,000m, with Roest finishing fourth.

"Everything is possible," he said.

"I have to skate two very good races and the rest may have to make small mistakes.

"You never know in an Allround tournament.

"He can skate a fast 1,500m, he’s the Olympic silver medallist in that distance."

The nine-time-champion enjoyed the atmosphere with 25,000 spectators in the tribunes but he still aims to beat both Roest and Pedersen:

"The atmosphere is great, nobody can complain about that, but I came here to become world champion," he said.