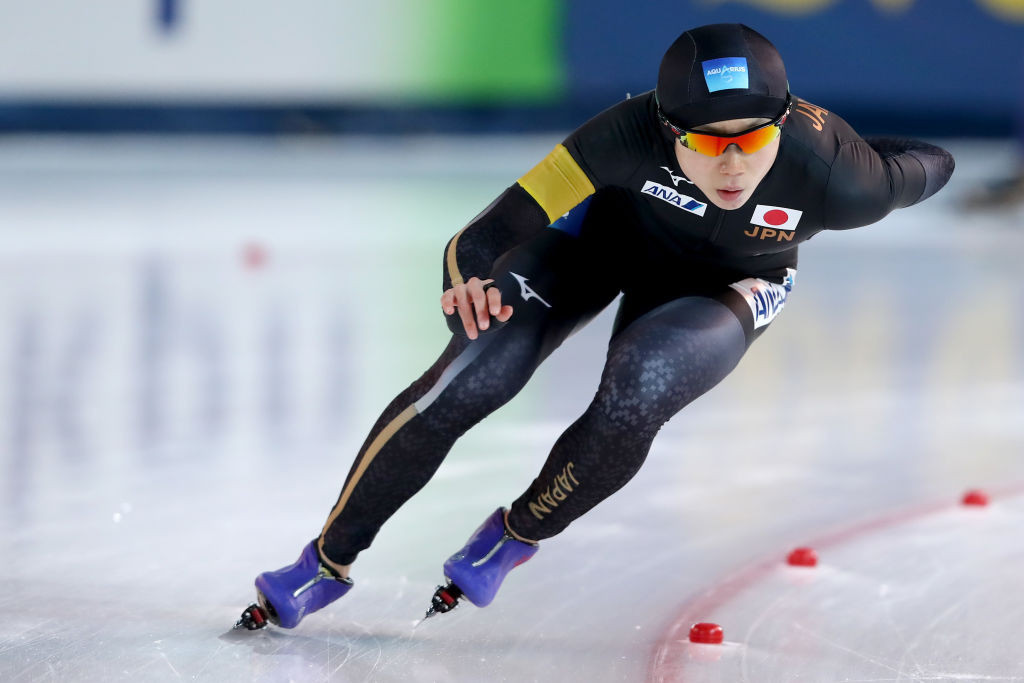 Japan’s Miho Takagi took the lead on the opening day of the International Skating Union (ISU) World Allround Speed Skating Championships in Amsterdam, where home athlete Ireen Wüst is seeking to defend her title and win her sixth in all.

Takagi, winner of Olympic 1,500 metres silver and 1,000m bronze medals at Pyeongchang 2018, as well as team pursuit gold, has an advantage of 3.42 points over her Dutch rival after winning the opening 500m event and finishing second behind Wust in the 3,000m at the Olympic Stadium built for the 1928 Games.

It is the first time the Championships have been held outdoors since Budapest in 2001.

The 23-year-old Japanese skater, seeking her first overall victory in this event, completed the shorter distance in 39.01sec, which translated to 39.010 points, with Wüst ninth in 40.81 for 40.810 points.

Third place went to Martina Sáblíková of the Czech Republic  in 4:21.05.

So Takagi holds a narrow advantage as the women go into tomorrow’s concluding events of the 1,500m and 5,000m.

Kramer goes into the event after winning gold over 5,000 metres at Pyeongchang 2018h, his fourth Olympic title.

The event, which sees athletes race a variety of distances with the best combined skater coming out on top, is this year celebrating its 125th anniversary.

Amsterdam is a fitting location as the first edition of the Championships was held in the Dutch capital's Museum Square in 1893.