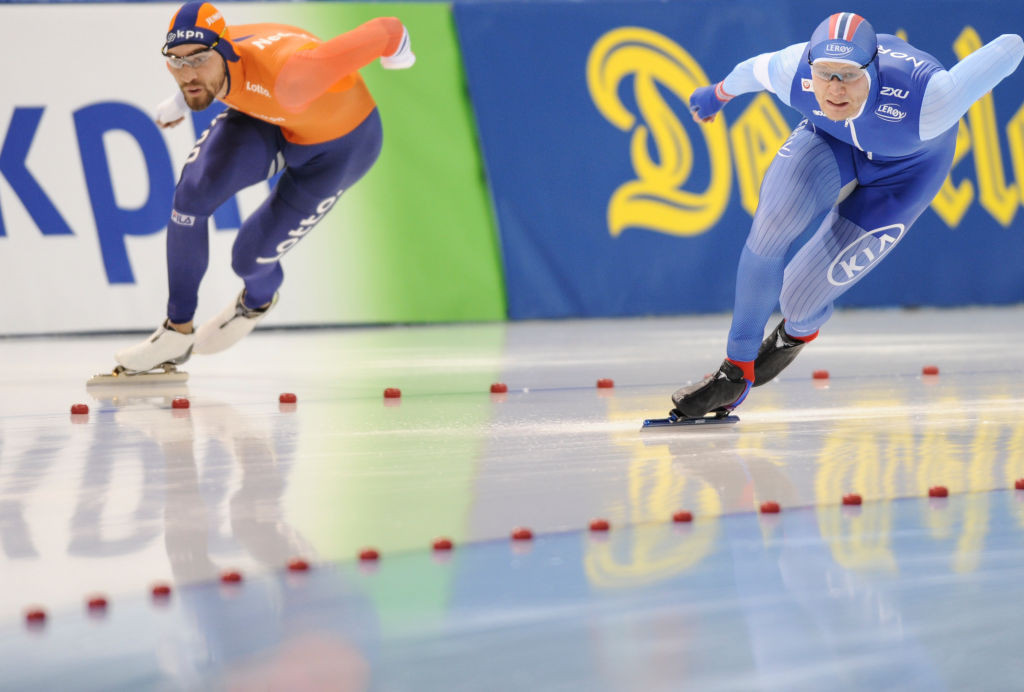 Ter Mors took gold after defending champion Nao Kodaira of Japan, who had led overnight after the first 500 and 1000m races, had to withdraw from the second race over the longer distance at the Jilin Provincial Speed Skating Rink.

Lorentzen, who had also led overnight, was able to keep his rivals Dutchmen Kjeld Nuis and Kai Verbij at bay at the 49th running of the International Skating Union’s (ISU) World Sprint Championships.

The event were held over a two-day period, with the skaters racing one 500m and one 1,000m each day.

Since the higher speeds towards the end of the race tend to favour the competitor who skates the last outer lane, each skater starts both distances once in the inner lane and once in the outer lane, with the times being converted to points to determine the final ranking.

Russians Olga Fatkulina, Angelina Golikova and youngster Daria Kachanova came third, fourth and fifth in the 500m, but Brittany Bowe of the United States was sixth to hold on to third place behind Kodaira and Ter Mors in the ranking.

Soon after the 500m, however, Kodaira had to give up the defence of her title when she withdrew from the final 1,000m due to illness.

Ter Mors thus had to defend a 1.62 second margin over Bowe in the final 1,000m to take overall honours.

The Olympic 1,000m champion won her title in style, however, defeating Bowe in the final race as she finished in 1min 15.19sec.

Ter Mors thus became the second Dutch woman to win this title after Marianne Timmer in 2004.

Bowe, the 2015 and 2016 champion, took the silver medal and Fatkulina bronze.

Lorentzen, winner of Olympic gold and silver medals at Pyeongchang 2018 at 500m and 1,000m respectively increased his lead in the classification with a strong second 500m.

Kai Verbij of The Netherlands held onto second place in the classification by taking 11th place in 35.16.

Heading into the final 1,000m, Lorentzen was defending a 0.69 second gap over Verbij and had an exact one second advantage over third ranked Nuis.

Mika Poutala of Finland  was fourth at 1.11 seconds.

Nuis was the first of the contenders to take the ice and the Olympic 1,000m champion produced the fastest time of the day, 1:09.11, to secure the overall silver medal.

He thus became the first Norwegian world sprint champion since Frode Rønning in 1981, and only the third Norwegian champion in the history of the ISU World Sprint Championships.