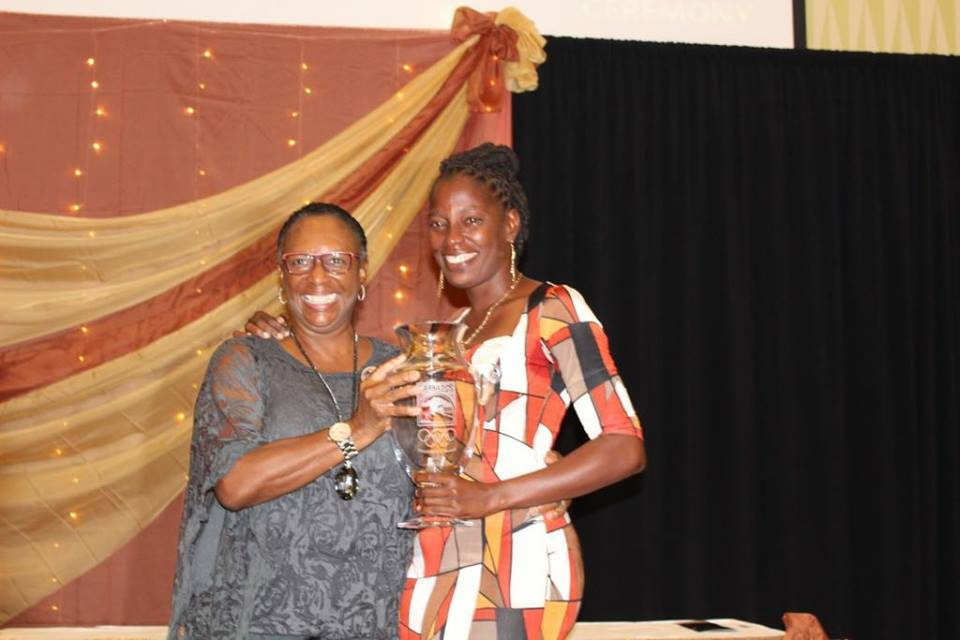 The event, held at the Hilton Barbados Resort, saw the island nation's top stars honoured in front of an audience including Barbadian Minister of Culture, Sports and Youth, Stephen Lashley.

Blackman received the top female award from BOA President Sandra Osborne to honour a glittering career at the forefront of the national netball team.

The 35-year-old has spearheaded the team into the top 10 of the world rankings during a two-decade career.

The team clocked a time of 39.18 seconds to be beaten only by a United States quartet anchored by future world 100m champion, Justin Gatlin.

Lashley also praised the running of sport in Barbados during the ceremony in a year in which Osborne replaced the retiring Steve Stoute after 21-years at the helm of the BOA.

He noted how governance and the quality of sports administration was improving thanks to greater training of coaches and officials.

"It not only raises the bar with respect to professionalism in the national associations, but it sets the tone for the remainder of the constituent members of these organisations."