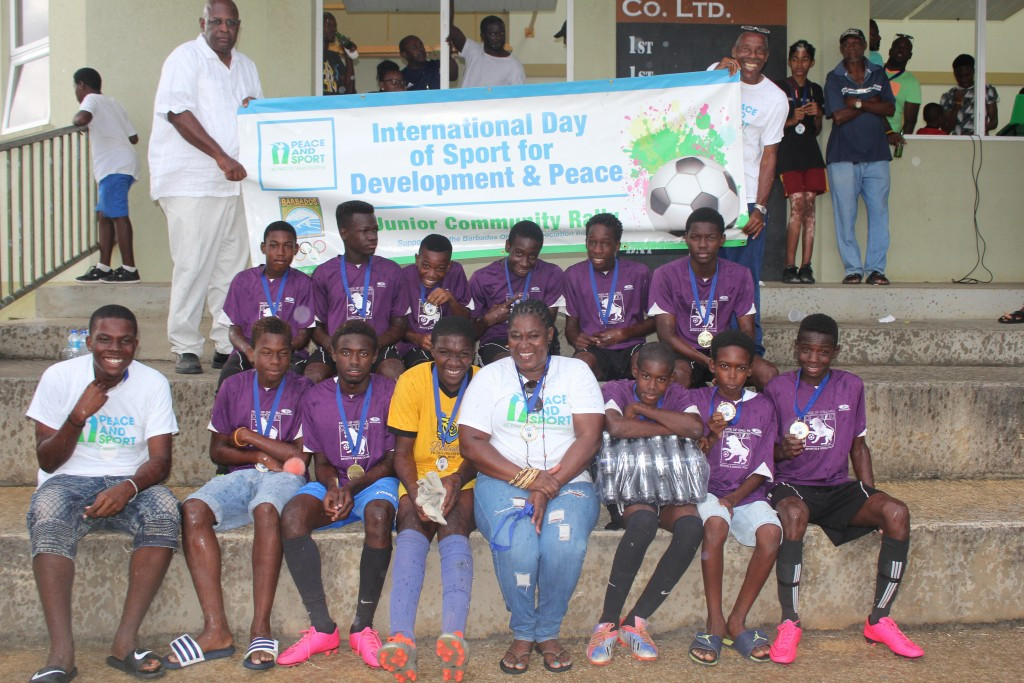 A total of 14 local teams participated in a multi-sport youth rally as the Barbados Olympic Association (BOA) marked the International Day of Sport for Development and Peace.

The event at the Gall Hill Playing Field in St John, supported by UNICEF and the United States Embassy in Barbados, included basketball, dominoes, football, netball, and road tennis.

It was used as a "platform to highlight the role of sport to strengthen the sense of unity amongst our nation’s communities", according to the BOA.

"The primary concept of Olympism is to use sport to create a more peaceful and developed world," said BOA secretary general Erskine Simmons.

"Today’s activities bring together a large number of our nation’s young people in a way that embodies this philosophy and spreads a message of peace throughout entire communities."

A series of entertainment activities were provided alongside the sporting action, including jumping tents and live music from a local DJ.

Food and drink was also sold throughout the day, held to mark the annual International Day of Sport for Development and Peace.

It "recognises sport's universality and its power to drive social change and promote a culture of peace".

National Olympic Committees across the world marked the day with celebrations and events.

"Today is especially significant in highlighting peaceful play, camaraderie, team building and true sportsmanship, and is a wonderful launch to a series of similar events to be hosted island-wide," Linda Taglialatela, Ambassador of the United States of America, said.

"The US Embassy and the BOA’s missions dovetail well, making this a natural partnership that I hope will continue for many years."

Tricia Brown, from the winning football team, Pride of Gall Hill Football Club, added: "This is a great idea to bring the communities together and I welcome it anytime because it is for a very good cause - sports and peace.

"It also helps young people to grow and develop in terms of discipline, while having fun at the same time."