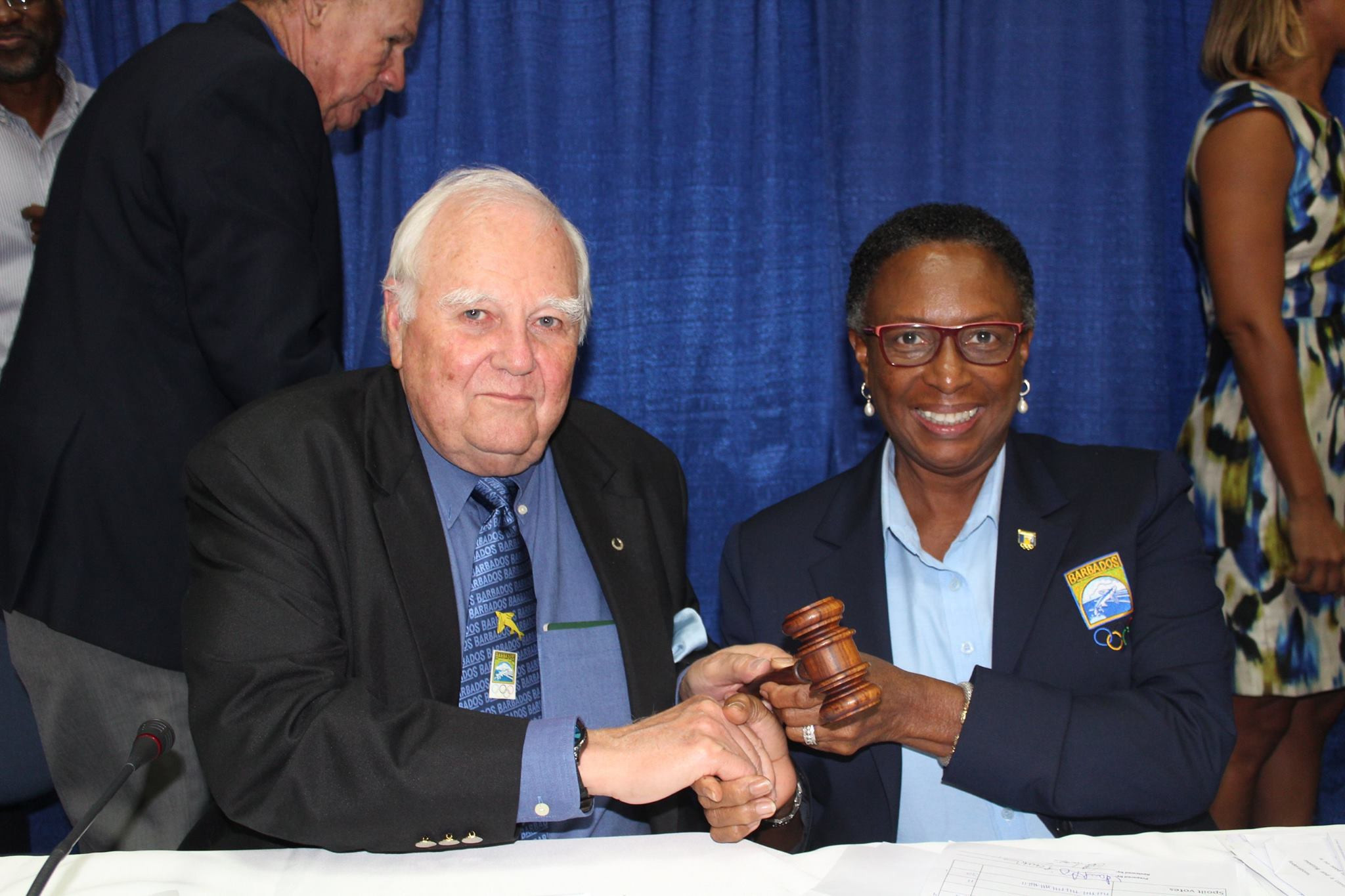 Sandra Osborne has been elected as the first female President of the Barbados Olympic Association (BOA), bringing to an end the 21-year tenure of the retiring Steve Stoute.

It came after a three-hour long annual general meeting held behind closed doors at the Lloyd Erskine Sandiford Centre in Bridgetown.

A fractious build-up to the election had seen the previous 11 Board members give up their right to participate in the ballot after Browne and Lynch claimed they could unfairly vote as a bloc.

Browne ultimately secured 10 votes while Lynch could only manage two.

Osborne, 65, a corporate lawyer, is also the vice-president of the Barbados Tennis Association and honorary legal advisor of the Commonwealth Games Federation.

She becomes the fifth current female President of a National Olympic Committee in the Americas, along with Tricia Smith in Canada, Fortuna Belrose in St Lucia, Judy Simons in Bermuda and Sara Rosario Vélez in Puerto Rico.

“I am overwhelmed by the victory," she told Barbados Today afterwards.

"I couldn’t call this one but I feel very privileged to succeed a person like Steve Stoute because he has done a tremendous amount of work for the Olympic Movement.

"I will rely on him as I find my feet and I move forward.

"I didn’t know that I would be successful, I didn’t come into this election knowing that I would win, I think it was anybody’s race.

"I am very grateful for the confidence that has been placed in me.”

Ralph Johnson was re-elected as vice-president with 14 votes, elsewhere at the meeting.

Erskine Simmons also returned to the position of general secretary after amassing 23 votes.

Barbados will now be targeting a first Olympic medal in 20 years at Tokyo 2020.

Obadele Thompson's 100 metres bronze at Sydney 2000 is the only podium finish in the Caribbean island nation's history.

“I think the first thing that we have to do is revisit our existing strategic plan," added Osborne.

"Whatever new plan we build must be consistent.

"We need to reach out to our national federations and have that conversation to move forward in a strategic way.”

Stoute had served as BOA President since 1996 after spending the previous 28 years as secretary general.

The 75-year-old, who has been involved in sports administration since 1964, also stood down as President of the Caribbean Association of National Olympic Committees last year.

He is still, however, the President of the Central American and Caribbean Sport Organization after assuming the position following the death of Puerto Rico's Hector Cardona in June.