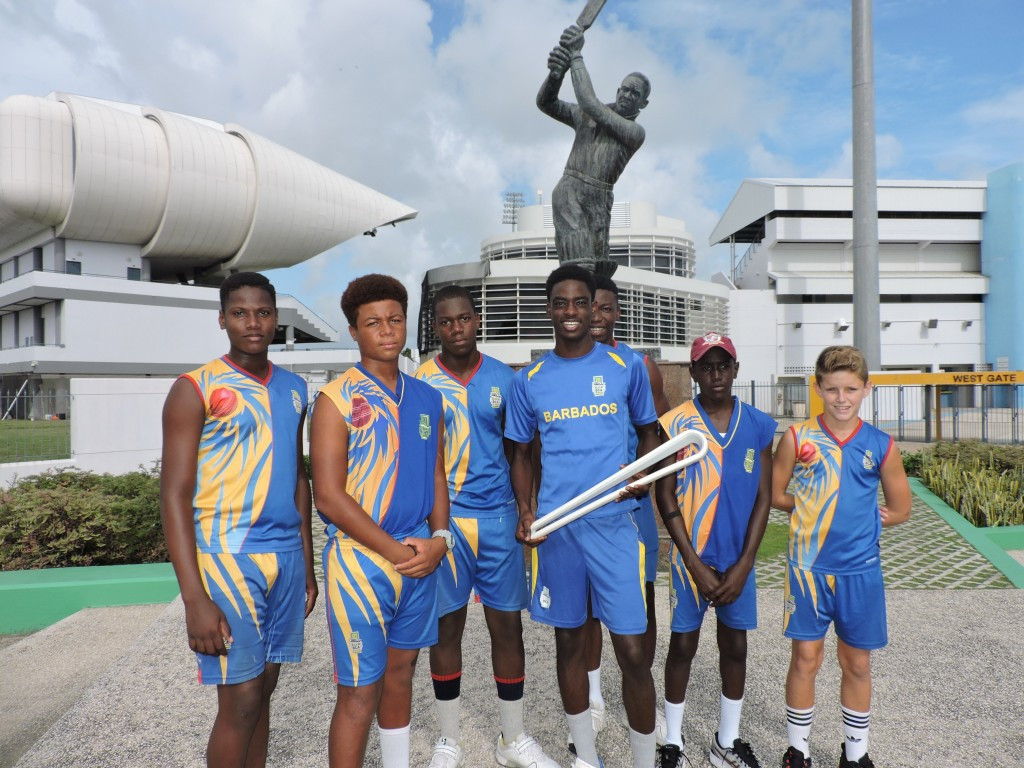 Sir Elliott Belgrave, the Governor General of Barbados, hosted an official ceremony to begin the journey of the Baton in Barbados at his Government House residence.

Among those in attendance were a number of high-level dignitaries such as Minister for Culture, Youth and Sport Stephen Lashley, Barbados Olympic Association (BOA) President Steve Stoute and Honorary Counsel for Australia James Gardiner.

The Queen's Baton Relay (QBR) started from Government House with the first runner being Colin Dick, the Deputy High Commissioner of Great Britain.

The Baton passed through the districts of the Pine, Government Hill, Ivy, My Lord’s Hill, Welches, Collymore Rock and Wildey before culminating at BOA headquarters.

Representatives of badminton, boxing, cycling, judo, netball, squash, table tennis and volleyball took part in the QBR, among others.

They were joined by students from schools such as Springer Memorial, Charles F. Broome, Belmont Primary, St. Giles, Hill Top and St. Michael’s.

"The Baton represents our past, present and future; on the back we have macadamia wood, which was used by our local indigenous people.

She added: "The front represents our future - it is made from reclaimed plastic from the oceans of the Gold Coast and it sends an environmental message around the Commonwealth that what we do today impacts tomorrow.

"The LED bright illumination lights epitomise all the different colours that you see on the Gold Coast; the blue represents our oceans, green from our rain forest and the pink and red for our sunrise and sunsets.

"We also have Her Majesty Queen Elizabeth II's message on the side of the Baton, which would be read aloud at the Opening Ceremony of the Commonwealth Games in Gold Coast next year, in April."

The QBR is a tradition that celebrates the Commonwealth’s diversity, inspires community pride and strives to excite people about the sporting event.

The Baton carries a message from Her Majesty Queen Elizabeth II that calls the Commonwealth’s athletes to come together in a peaceful and friendly competition.

"It is a distinct pleasure to be a part of this ceremony, which heralds a symbolic gesture as we commence the move towards the Commonwealth Games," Lashley said.

"Barbados has always been very proud to be participating in these Games.

"We have had some excellent athletes who have done really well, and I have no doubt that in the upcoming Games we will represent our country well.

"I also want to acknowledge the continuity of the Games - the Games have been ongoing for several years and this symbolic gesture of moving the Baton around the Commonwealth is indicative of the importance that the Queen, Her Majesty, holds to these Games.

"In Barbados, I can assure you that we will continue the proud tradition of preparation and involvement in the Commonwealth Games and I want to wish our athletes well as they continue their preparations."

The Gold Coast 2018 QBR began at Buckingham Palace in London at the start of March.

Having visited 18 African nations over the course of a two-month period, the first port of call in the Caribbean for the Baton was Trinidad and Tobago from May 28 to 31.

It then visited Grenada, St Vincent and the Grenadines, and Saint Lucia before arriving in Barbados.

The Baton's trip across the region is due to conclude with a five-day visit to the Cayman Islands from July 14 to 18.

It will then head to the Americas, starting in The Bahamas from July 18 to 24.