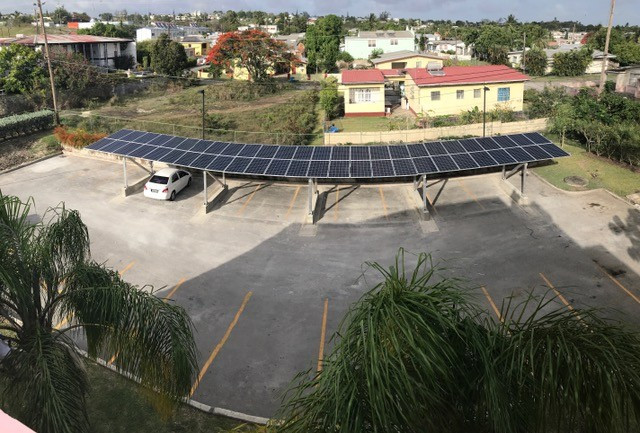 The Barbados Olympic Association (BOA) has installed a car parking area with a roof of solar panels at its headquarters in Wildey.

The move fits in with the governing body's environmental policy, according to the BOA.

International Olympic Committee (IOC) President Thomas Bach agreed that 90 per cent of the cost of the solar carport project would be funded by the IOC.

This came after BOA President Steve Stoute and secretary general Erskine Simmons met with the German in Lausanne and presented the idea.

The BOA were praised by the IOC for their green initiative.

Barbados sent a team of 12 to the Rio 2016 Olympic Games in August, who competed across five sports without reaching the podium.

The country's only Olympic medal to date came at Sydney 2000, when Obadele Thompson won bronze in the men's 100 metres.