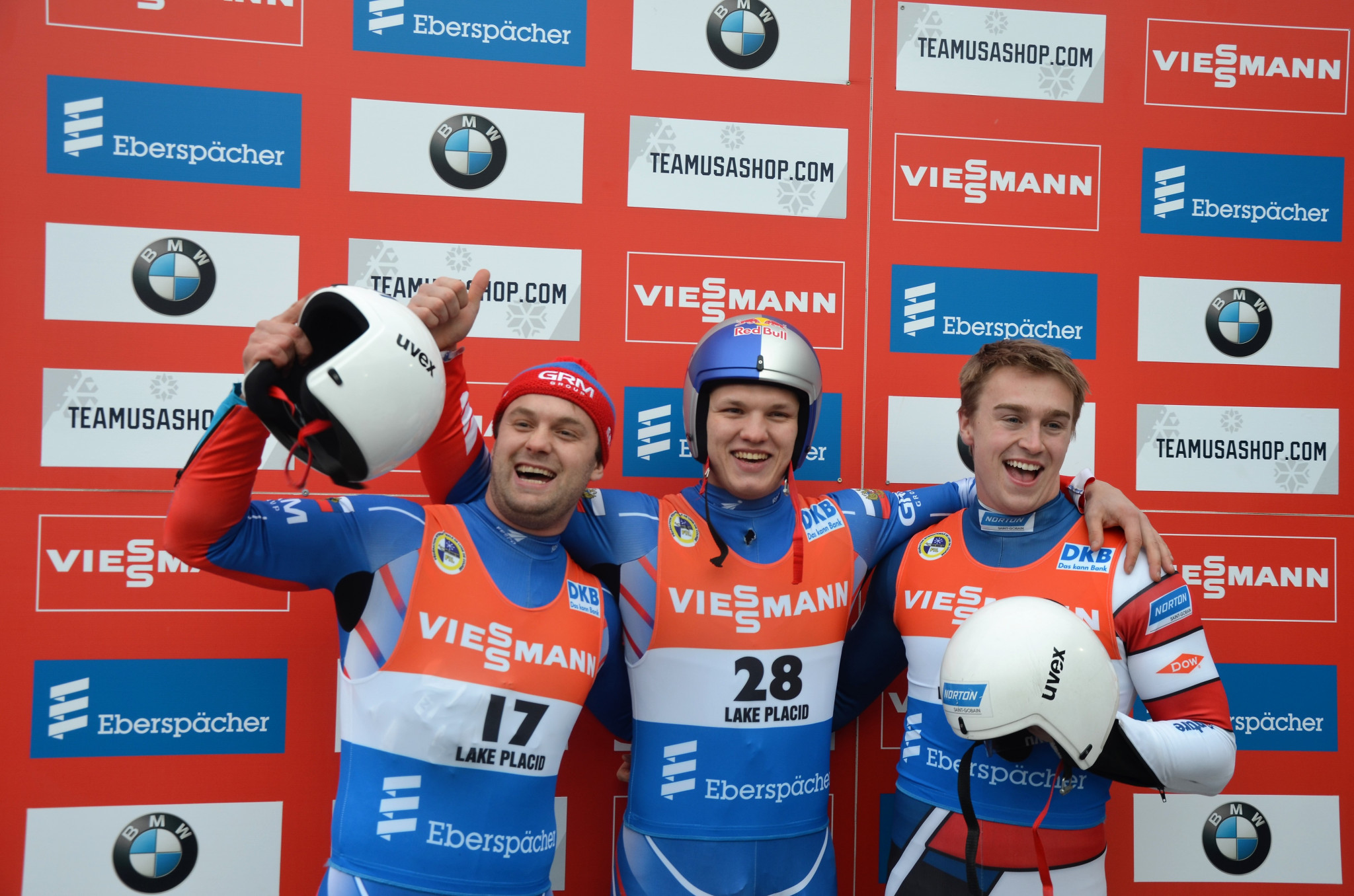 Russia's Roman Repilov broke the track record as he won the International Luge Federation World Cup at the Lake Placid Olympic Complex, where Winter Olympic places were up for grabs.

Repilov recorded an incredible time of 50.875sec in his second run to take home the gold medal from the American track, with his total time reading 1min 41.874sec.

The 21-year-old's time broke the track record of 50.904 set by home athlete Tucker West, who won last year's event, earlier in the day.

Tucker had, in turn, broken the track record set by Russia's Semen Pavlichenko.

Unfortunately for Tucker, his relatively poor second run time of 51.228 meant he finished last on the podium, behind Pavlichenko, who took silver.

However, his bronze medal does mean he is guaranteed a spot at the 2018 Winter Olympics in Pyeongchang next year, four years after he became the youngest male to represent the United States in the men's luge at the Olympics.

Despite finishing higher on the podium in Lake Placid, with the Russian Olympic Committee currently barred from sending athletes to Pyeongchang, Repilov and Pavlichenko’s Olympic places are currently in doubt as the country is being forced to compete under a neutral banner.

After the day's racing, Repilov said: "This doesn't come as a surprise.

"I knew I could win here in Lake Placid.

"I want to dedicate this victory to our coaching staff, the entire Russian team and my country."

Current overall standings leader Felix Loch of Germany, who has already qualified for the Olympics, could only finish seventh.

However, it was enough to defend his lead at the top of the table, 150 points clear of Pavlichenko, who has 351 points.

There was a more predictable result in the doubles as German duo Toni Eggert and Sascha Benecken kept up their 100 per cent record in this year’s World Cup with a fifth win in as many standard races in a total time of 1:26.806.

Their only loss of the season came in the sprint event in Winterberg.

The doubles silver medal was taken by Austrian pair Peter Penz and Georg Fischler in 1:27.440, their third second-place finish in a row.

Tristan Walker and Justin Smith of Canada claimed their first medal of the season by clinching bronze in 1:27.683.

Tomorrow sees the men's and doubles sprint events take place along with all of the women's racing.

The event marks the end of the qualification process for Pyeongchang 2018.